Ace director Mani Ratnam is gearing up to bring his dream project Ponniyin Selvan to floors and is busy with the pre production works of the historical fantasy drama. It is a well known news that the story teller is currently bankrolling a venture titled as Vaanam Kottatum under his banner Madras Talkies which is directed by his long time associate Dhanasekharan who had previously directed Padaiveeran starring Vijay Yesudas. The shooting of the project recently went on floors and as a producer of the flick auteur Mani Ratnam has paid a visit to the sets of the film along with his better half Suhasini. 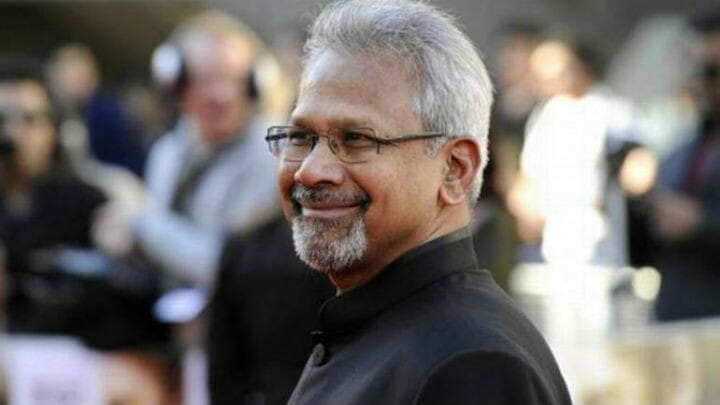 The production unit has shared a picture that was taken on the sets on social media. Taking to their official twitter page, Madras Talkies production house has shared a picture under the caption, ‘Lots of love, laughter, and energy!’ In the picture we see the producer sharing a pleasing moment with his long time buddies Sarath Kumar and Radhika Sarath Kumar along with his wife Suhasini. The picture has gone viral on the internet as it is a moment of nostalgia for the cinema audience. According to a source close to the unit, “It is not usual for Mani sir to visit the sets of his production venture. But since he is also involved in the flick he wanted to catch up with the way the movie is developing. So it was just a casual visit along with his wife Suhasini and also they shared a good time with Sarath Kumar sir and Radhika madam who will be playing a couple on screen as well. Mani sir had a long chat with our director Dhana about how the drama is escalating. We have planned to wrap up the major portions of the film within this month. After wrapping up the shoot here we will be traveling to Tirunelveli where we have planned for a week long schedule.”

Director Mani Ratnam has also contributed to the script of the romance drama by co writing it with his associate director Dhanasekharan. It is said that Mani Ratnam was supposed to direct the romance drama after wrapping up Chekka Chivantha Vaanam but due to an opportunity to direct his ambitious project Ponniyin Selvan came in on the way, he decided to offer the script to his erstwhile assistant who has completely molded the script and has given his finishing touch. We will have to wait to see whether Dhanasekharan manages to create the magic that auteur Mani Ratnam creates in all of his movies.

Actor Vikram Prabhu will be romancing actress Madonna Sebastian in the entertainer. Surprisingly actress Aishwarya Rajesh will be playing the role of Vikram Prabhu’s sister. Real life couple Sarath Kumar and Radhika Sarath Kumar will be seen together on screen nearly after 20 long years. Actors Shanthnu and Velaiyilla Pattathari fame Amitash Pradhan is also set to portray pivotal roles in the flick. Vibrant singer Sid Sriram will be debuting as a music director in the movie. The cinematography department will be taken care of by Preetha Jayaraman of Abhiyum Naanum fame.

Greg Burridge is the stunt director for Idhu...