Actor Bharath is one of the most underrated talented artists in Tamil cinema. The actor who made his Kollywood debut in the controversial film Boys turned the attention of the Tamil cinema audience towards him with his stellar performance in director Balaji Sakthivel’s directorial Kaadhal. His performance in the film received critical acclamations from the critics and audience alike. The actor further raised the level of his performance index with his roles in Pattiyal, Em Magan, Veyil, Koodal Naagar, and Nepali. His performances in these entertainers propelled him to the Telugu and Malayalam film industry. The actor made his debut in Bollywood last year in the Salmaan Khan starrer Radhe. The Veyil actor has hit a milestone of 50 films with inking his signature for his upcoming untitled project set to be helmed by debutant film maker R. P. Bala. Now, we have news on the project. 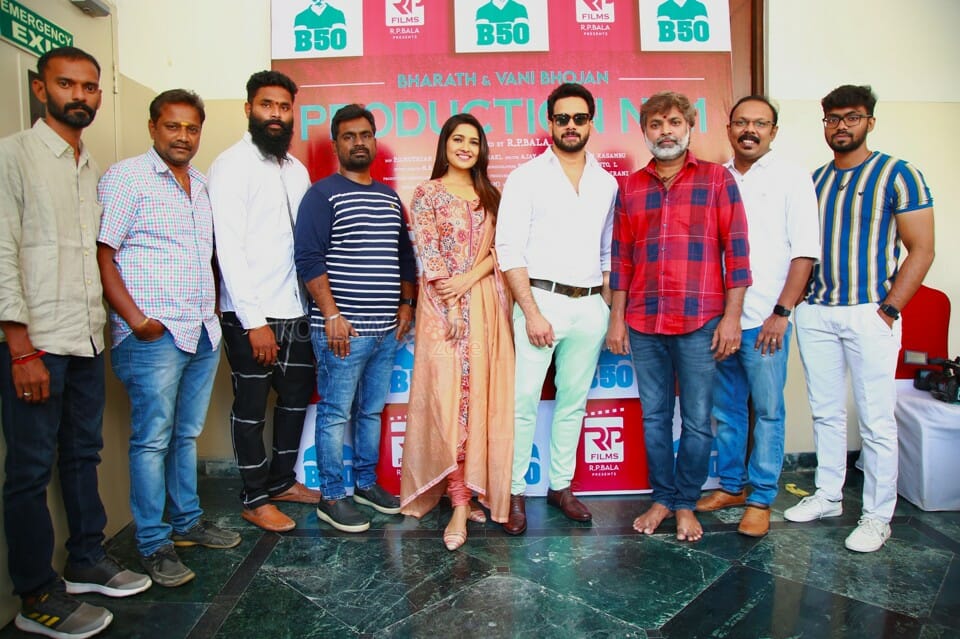 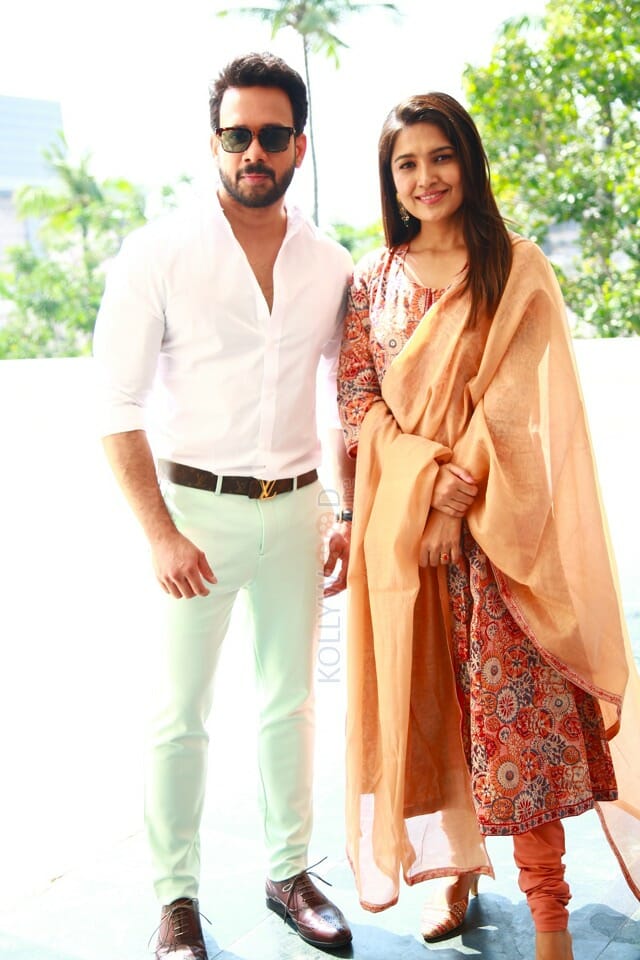 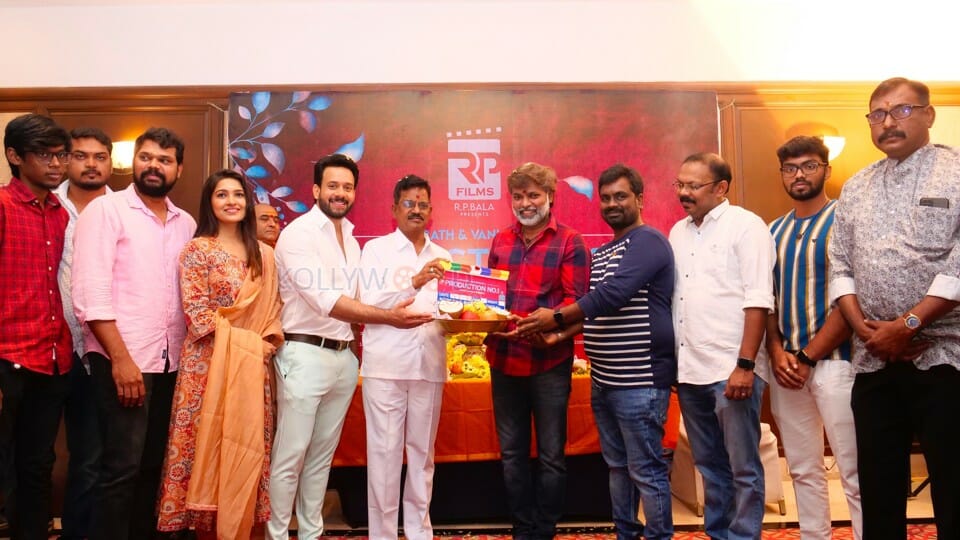 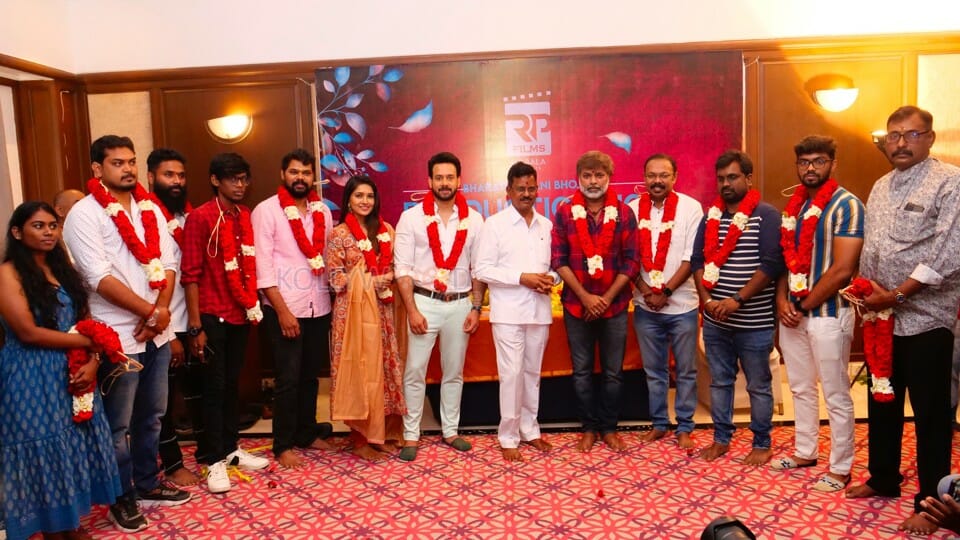 The untitled project was officially launched yesterday with a pooja ceremony. We have news that the production team is planning to shoot for the project from the end of this month. Talking to a popular media house, director R. P. Bala, said, “The entertainer will be a complete family drama. But there will be a mystery underneath the family which will keep the audience on their toes. Actor Bharath’s role will be interesting with a tone of psychopathic behavior.” The director of the film R. P. Bala is the writer of blockbuster Malayalam films like Lucifer, Puli Murugan, and Kurup. He has meet actor Bharath in the sets of Kurup while the actor was shooting for his part in the movie. Apart from actor Bharath, the film has actress Vani Bhojan playing the female lead role. Actors Vivek Prasanna, and Daniel Annie will be seen is significant roles. Musician Ronnie Raphael of Nimir fame will be composing the music. The camera work will be handled by cinematographer PG. Muthaiah.

On the work front, actor Bharath who was last seen on screens in Tamil cinema in Naduvan is currently busy shooting for his upcoming venture titled Munnarivaan under the directorial of film maker Vijay Raj in which he will be sharing the screen space with actress Janani Iyer. Following which her will begin shooting for his Telugu entertainer helmed by story teller Mahesh Surapaneni in which he will be seen alongside actor Sudheer Babu. The actor also has two Malayalam projects titled 6 Hours, and Samara in various stages of post-production. Apart from these films, the actor has his long-delayed Tamil movie 8 in his pipeline waiting for release.

On the other hand, actress Vani Bhojan who was last seen on screens in Raame Aandalum Raavane Aandalum is gearing up for a back-to-back release in the likes of Pagaivanuku Arulvai directed by Anis in which she will be seen alongside actor Sasi Kumar, female centric drama Casino helmed by film maker Mark Joel, Paayum Oli Nee Yenakku directed by Karthik Chowdhary, and Thazh Thiravaa crafted by story teller Bharani Sekaran. Apart from these projects, the actress is currently busy shooting for a couple of untitled ventures of actors Vidharth, and Naveen Chandra along with Rekla and Oor Kuruvi.