Actor Bharath’s 50th Film Gets The English Word Of His Successful Drama As Title!

Actor Bharath who ventured into Tami cinema through director Shankar’s controversial film Boys garnered the attention of the audience with his stellar performance in film maker Balaji Sakthivel’s directorial Kaadhal. The actor’s performance in the film received critical acclamations from the critics and audience alike. Following the success of the flick, the actor built his reputation in the industry with back-to-back spectacular performances in Pattiyal, Em Magan, Veyil, Koodal Naagar, and Nepali. His hard work brought him projects from Telugu and Malayalam film industry. Through the Salman Khan starrer Radhe the actor ventured into Bollywood last year. After nearly spending two decades in the industry, the Veyil actor has hit a milestone of 50 films with the signature he inked for the venture that is set to be directed by debutant film maker R. P. Bala. We had also reported the news. Now, we have an interesting update on the project.

The project went on floors last month with a small pooja ceremony. Now the production has named the entertainer as Love. Malayalam superstar Mohanlal has shared the title of the flick on social media. Taking to his official twitter handle, the actor shared the first look poster of the flick, and wrote, “Here’s the first look poster of the Tamil movie ‘Love’. Best wishes to R. P. Bala, Bharath, and the team behind this film.” Here is the post shared by the actor. 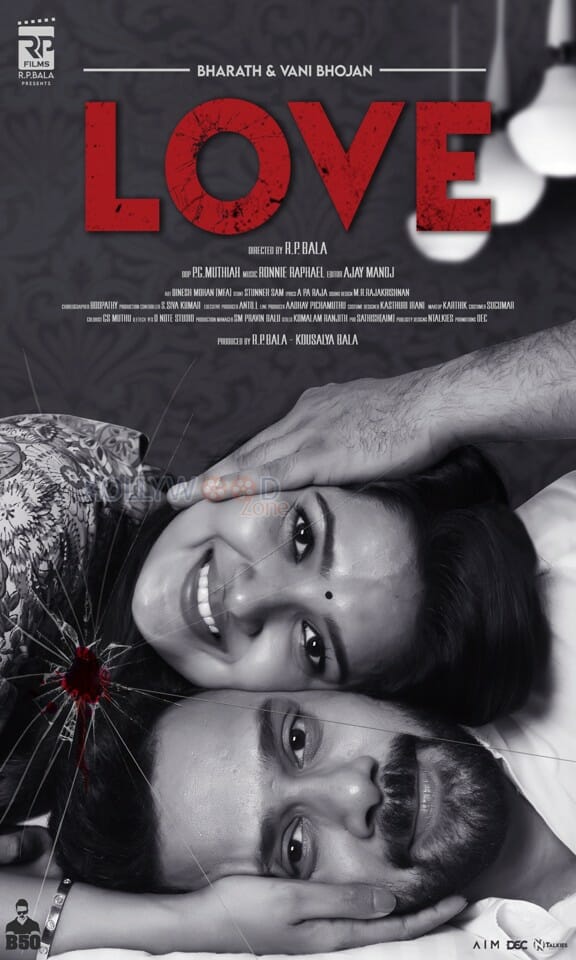 Interestingly, one of actor Bharath’s successful ventures was Kaadhal. His 50th film has got the English name of it. Apart from actor Bharath, the film has actress Vani Bhojan romancing the actor. The casting of the flick has actors Vivek Prasanna, and Daniel Annie essaying key roles. Music director Ronnie Raphael of Nimir fame will be composing the music for the film. The cinematography work will be done by cinematographer PG. Muthaiah. Editor Ruben will be taking care of the editing department of the drama.

On the work front, actor Bharath who was last seen on screens in Tamil cinema in Naduvan is currently busy shooting for his next project christened Munnarivaan under the direction of storyteller Vijay Raj in which he will be romancing actress Janani Iyer. Following which he will begin shooting for his Telugu movie directed by filmmaker Mahesh Surapaneni in which he will be sharing the screen space with actor Sudheer Babu. The actor also has two Malayalam entertainers titled 6 Hours, and Samara in various stages of post-production. Apart from these flicks, the actor has his long-delayed Tamil movie 8 in his pipeline awaiting release.

On the other hand, actress Vani Bhojan who was last seen on screens in Raame Aandalum Raavane Aandalum is currently busy shooting for a couple of untitled ventures of actors Vidharth, and Naveen Chandra along with Rekla and Oor Kuruvi. Apart from these ventures, the actress is getting ready for a successive release of her films in the likes of Pagaivanuku Arulvai helmed by film maker Anis in which she will be sharing the screen space with actor Sasi Kumar, woman-oriented drama Casino directed by storyteller Mark Joel, Paayum Oli Nee Yenakku directed by Karthik Chowdhary, and Thazh Thiravaa crafted by filmmaker Bharani Sekaran.