The title of the film fueled a huge controversy in the state during its title launch function in which actor Vijay Sethupathi unveiled the title of the film. The fashion in which the placard of the flick was struck all over the main parts of the city further piled up the load of controversy. Then in order to put off the controversy fire director Anand had to step up to give his side elucidation. Television actor Azar is set to make his debut as a lead hero through the flick.

Now we have an interesting update on the flick. The current comedy sensation of Kollywood Yogi Babu is set to play the antagonist role in the film with five henchwomen who also happens to be his wives. The film also has stars Manishajith, yesteryear villain Mansoor Ali Khan, Senthil, Lollu Sabha Manohar, and Swaminathan in various other important roles. The film is bankrolled by Robison under the banner RG Media. The shooting of the film was recently wrapped up and now the flick is currently getting ready in the post production phase to be sent to the censor board for censor certification. 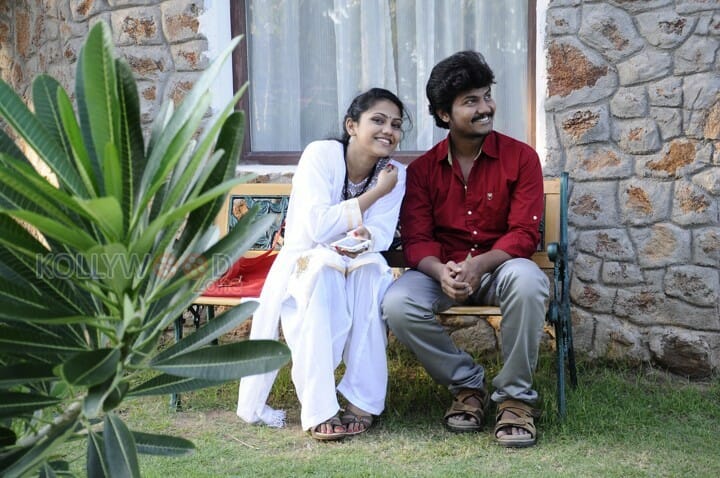 Speaking about the film, the director said, “Yogi Babu plays the baddie in the film whose comedy will be the highlight in the film. He will be always surrounded by five henchwomen who are also his wives. Tamil audience is quite used to henchmen so I took my shot to go with henchwomen in my film for a change. I am confident that the film will act as a great entertainer for family audience and I assure that it will be a laugh riot in theaters.” The director also said that the spontaneity and spot addition of Yogi Babu reminded him of veteran comedian Vadivelu. It is worth mentioning that the director has worked with comedian Vadivelu in many flicks including Vedigundu Murugesan.

Touted to be a comical flick, the film will have actor Azar as a cell phone addict, also as an individual who feels sorry for himself that he does not have a girlfriend to flirt with. That is little odd, is not it? Never mind. The mobile addiction of Azar is said to lead to a big turning point in the film. Actor Mansoor Ali Khan will be seen is a role of an elderly statesman who thinks that everything in the state happens only under his command. Actor Azar already has a little fan base, thanks to the small screen for enabling talented artist to give a shot to reach stardom. But we will have to wait to see whether the flick will help to expand that little fan base of the actor. The film is expected to hit the screens in the month of August.