Upcoming actor Vetri who made his Kollywood debut in 8 Thottakkal faced a terrible loss despite the positive reviews bestowed on the flick. Though the critics appreciated its solid film making, Vetri received criticism for his performance in the crime drama. But the actor taking the negative reviews thrown at him in a positive way has come back with a bang through his second flick Jiivi, which is currently the talk of the town. The film that hit the screens last weekend has enjoyed a good reception among the audience and also has garnered a lot of positive reviews. As a result of which the movie has enjoyed commercial success as well. 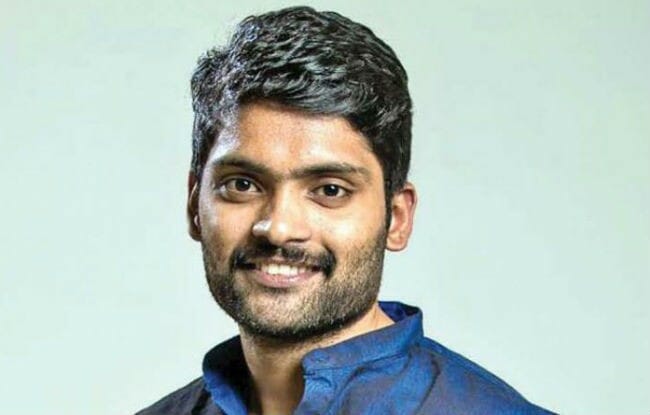 Actor Vetri who is currently basking in the success of Jiivi has opened up about his experience in the industry so far. The team recently held a success met in Chennai in which the actor expressed his happiness for the success of the film. The actor said, “I am extremely glad that a small film like Jiivi is doing well in theaters. I am glad that the venture is performing well in the so called B and C centers too. A film’s success does not just depend on the success of its collection in the urban zones. It is good to know that finally people have accepted my hard work.”

Speaking about the reason for why he picked the project, the actor said, “I listened to over 50 plus scripts before opting to do Jiivi. The concept of Thodarbiyal got me to ink my signature for the project. When the director narrated me the script I was able to feel the intensity of the plot. Our writer has got a lot of ideas as this, he is a talented man.” Speaking further about their team work the actor revealed that editor of the movie K. L. Praveen’s idea was handy. Speaking about it he says, “Our director V. J. Gopinath wanted to introduce the concept of Thodarbiyal only in the second half of the drama. But it was our editor K. L. Praveen’s idea that we should introduce the concept in the first half of the film, which fortunately worked in our favor. Had we struck with our original plan, I am not sure whether we would have received the same response from the audience.”

The actor also stated that he has grown as an actor and he is happy that the audience has recognized his hard work. Speaking about it, he states, “8 Thottakkal was a learning curve for me. The criticism laid on me got me thinking too much. But people have responded positively for my performance in Jiivi. People have noticed that I have improved in many aspects of acting since 8 Thottakkal. Now, people are curious about what my next venture would be and to experience that is a pleasant feeling. This has got me obliged to come with quality content for my next project as well. I could feel the responsibility and hopefully I will come up with an interesting script,” concluded the actor.