The actor who began his career as a television assistant director made his feature film debut in Yogi, starring Ameer in the lead role. Though, the actor did not gain much attention through the film, as a matter of sentiment the actor adapted the name of the movie as a prefix to his name. The actor turned assistant director rose to fame through his performances in Aandavan Kattalai, Pariyerum Perumal and Kolamavu Kokila. 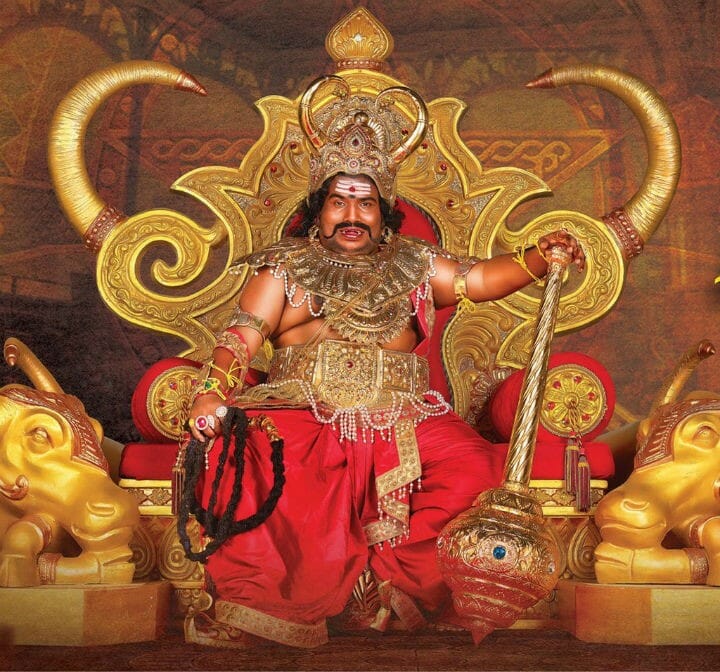 The actor turned every one’s attention towards him when it was announced that the actor is set to romance Lady Superstar Nayanthara in Kolamavu Kokila. In times when the actress quite cautiously keeps avoiding sharing screen with top actors in the field, the opportunity to romance the actress that went towards his way made many mouths to chew and few to envy him.

It was announced lately last year that the actor is set to debut as a lead actor in a feature film. With a formal pooja the unit began shooting the film Dharma Prabhu, which is directed by Muthu Kumaran. The comedy actor was busy shooting for the movie.

Now the actor is again in the news, even this time all for good reasons. The teaser of the actor’s upcoming film Dharma Prabhu was released in social media today. The teaser has set the views rolling. There are many fun elements in the teaser which garners people attention and in turn sets the bar of expectation for the film in a high level.

The fantasy comedy flick is said to take play in a fictional place called Yamaloka, where Yogi Babu will play the role of Lord Yama. The idea behind the location is inspired from the epic tale of Hindu Gods. Yama Logam is a place where Yama Dharman, a Hindu god who is said to be responsible for taking people’s life, resides.

The story of the film is said to be the clash between Lord Yama and his deputy Chitragupta. The role of Chitragupta is played by Ramesh Thilak. The interesting element in the teaser is that late comedian and political satirists Cho Ramaswamy, the founding father of Dravidian moment in South India famously known as Thantai Periyar are seen in the teaser. Having them in the teaser has upped the curiosity of the audience.

The project is bankrolled by P. Ranganathan under the banner Sri Vaari Film. Apart from Yogi Babu, the film has Radha Ravi, who hit the news recently with his infamous comment, Mano Bala, Rekha, Janani Iyer, and Sam Jones essaying other important roles. Meghna Naidu is set to do an item number in the film. The music department has been handed over to Justin Prabhakaran.