Gautham Vasudev Menon who is known for his romantic films such as Minnale, Vinnaithaandi Varuvaayaa, Neethanae En Poonvasantham also stuns his fans with action packed mass entertainers now and then, movies such as Kaakha Kaakha, Vettaiyaadu Vilaiyaadu were off that list. Not only has the director stunned people with his movies but also with the rate at which he shoots them. 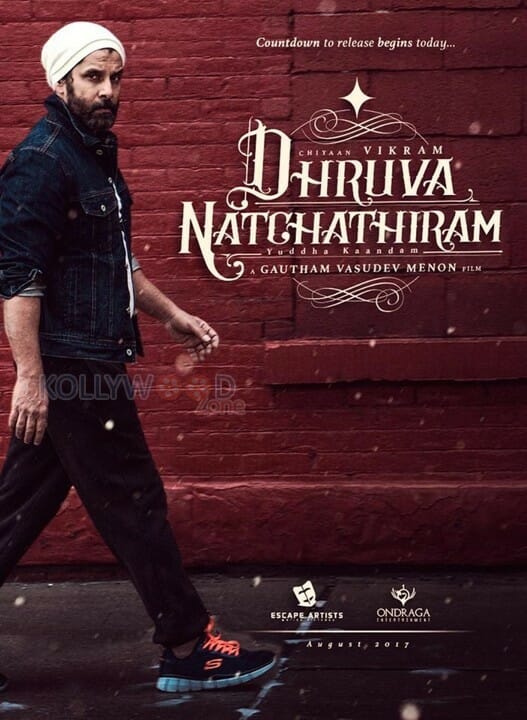 The director was busy shooting for his film Dhruva Natchathiram, the post production works of the film are said to be in the final stage. The lead role in the film is played by the versatile actor of Tamil cinema Vikram, it also stars Simran, DD, and many others. Being a multi-starrer film and first of three part series, the film has set very high expectations among the audience.

Besides films the director was also concentrating on a web series titled Queen. The director had announced earlier that he is going to direct a biopic of actress and former Chief Minister of Tamil Nadu honorable J. Jayalalitha.

Now, news has hit the K town that the director has wrapped up the shooting of the web series and the series has gone in to the post production stage. The rate at which the director works has amazed many of his colleagues in the industry. If you want to learn the trade of film making, we believe GVM is the right person to learn the trade from as the man has mastered the art of film making. Besides this he runs his own production house too, we need a tip or two, for sure, from the man on time management.

This will be the first venture for the director into the online cinema world. The web series has Ramya Krishnan playing the role of honorable J. Jayalalitha and interestingly, we will be witnessing Viji Chandrasekar essaying the role of Sasikala. Apart from them Mollywood star Prithivi Raj’s brother Indrajith Sukumaran and director Samuthirakani will be seen in pivotal roles.

Achcham Yenbathu Madamaiyadaa was the last film to hit the screens under the directorial of GVM. The film failed to stand up to the expectations of the fans and is said to be the worst failure of the director’s works. The director is now getting ready to release the much anticipated film under his directorial Enai Nokki Paayum Thota starring National Award Winner Dhanush in the lead role and female lead is played by Megha Akash. The film is set to hit the screens very soon.