Sathriyan is an action drama movie which was written and directed by S.R. Prabhakaran. The movie is produced by Sathyajyothi Films Company. The movie is based on a true incident that had happened in Trichy. Vikram Prabhu and Kavin plays the male leads and the female leads are played by Manjima Mohan and Aishwarya Dutt. 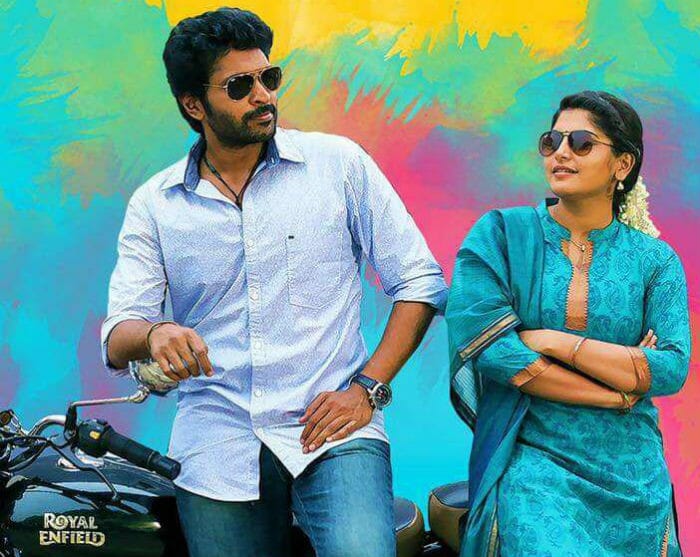 Actors like Sharath Logitashwa, Aruldoss, R.K. Vijay Murugan, Soundararajan and Poster Nandakumar have acted in supporting roles for the movie. Yuvan Shankar Raja had composed music and the cinematography work was made by Sivakumar Vijayan. The editing part was looked after by M. Venkat. The movie was distributed by Saattai Karthick.

Sathriyan had got U certificate from the Censor Board for its making. Previously the movie was titled as Mudi Sooda Mannan, but later changed as Sathriyan. The movie’s music which was released had received good response from the music lovers. Yuvan Shankar Raja’s music is melodious and lovely to hear.

The movie is an action – thriller movie, where Vikram Prabhu had done a great performance in the movie. The first half of the movie is filled with thrilling moments and suspense. But after the interval the screenplay had gone bad. The movie director had taken an old story of gangster after falling in love.

The movie banks on the outstanding performance by Vikram Prabhu and Manjima Mohan. It is a powerful gangster movie where Vikram Prabhu had done stunt scenes more realistically. The movie can be watched this weekend as it is filled with thrilling moments and suspense.

Ovreall, a cliche gangster flick with a positive ending!