Saravanan Irukka Bayamaen is directed by Ezhil who had previously directed Velainu Vandhuta Vellaikaaran. Soori and Livingston have acted in supporting roles in the movie. D. Imman had composed the music who had previously composed for Kumki, Mynaa, Varuthapadatha Valibar Sangam and lot more movies. 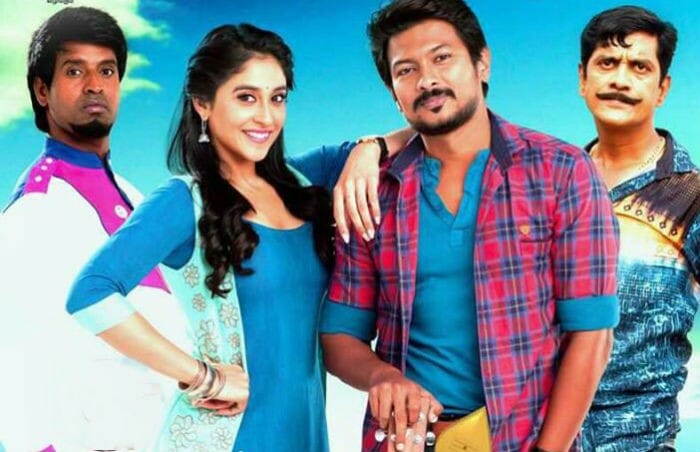 The movie is produced by Udhayanidhi Stalin under the banner Red Giant Movies. The lyrics is written by Yugabharathi. The voice of Shreya Ghoshal, Benny Dhayal, and Sean Roldan have made the songs sound melodious. K.G. Venkatesh had handled the Cinematography whereas the editing part is made by K. Anand Lingakumar. The technical aspects is made decently and the story is an usual one.

Udhayanidhi Stalin had acted as Saravanan, Regina Cassandra as Thenmozhi and Soori as Kalyanam. Udhayanithi plays the role of Saravanan who loves Thenmozhi(Regina). Thenmozhi also loves Saravanan in return but hides it. The movie gives the answer to the question whether Saravanan and Thenmozhi got married? What happened to Srushti Dange? Watch the movie in theatre to know the rest of the movie.

The movie’s songs which were released previously had received good response from the music lovers. As it is a family entertainer it will surely entertain the whole family members. However, we have yet another leave your brains at home and enjoy kinda movie from Director Ezhil.