Two actresses being best friends is a common thing. But an actress coming out in open and showering praise on another is a rare occurrence in Tamil cinema. Actress Samantha Ruth Prabhu who celebrated her 35th birthday recently is the one to have come out with overwhelming admiration for her friend and co-star actress Nayanthara. Both the actresses worked together in the project Kaathuvaakula Rendu Kaadhal which hit the screens recently and opened to mixed reviews from the critics and audience. Actress Samantha who celebrated her birthday recently received wishes from many celebrities in the industry as well as from her fans. To thank them and connect with them on the special day the actress retweeted and answered some of the questions asked by her fans. 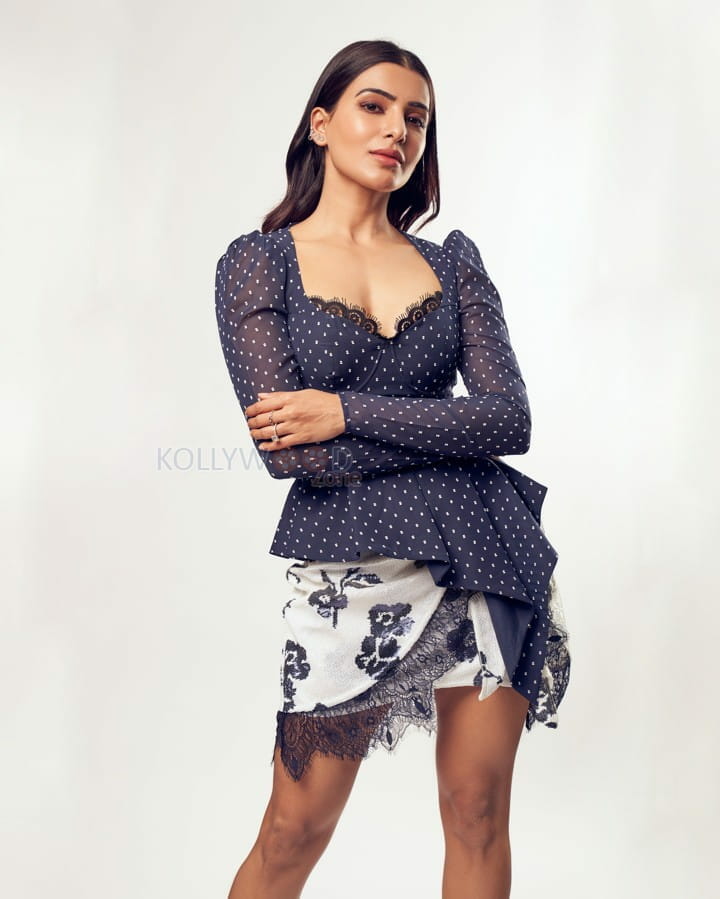 It was while answering to some of their tweets the actress could not stop herself from expressing her love and reverence for her friend. To a tweet asking her to tell something about her friend Nayanthara, the actress replied, “Nayanthara is Nayanthara. There is no one like her. She is real, fiercely loyal, and one of the most hard-working people I have met.” To a tweet asking to tell her about her character in the film and her experience working in the project, the actress said, “I wanted to be a part of a film that made people smile. Not thinking. Not over analyze and dissect. Just take a break from our day-to-day issues and laugh a little. Khatija and Kaathuvaakula Rendu Kaadhal was that for me. When asked about her experience working with actor Vijay Sethupathi, the actress responded, “Waited a long time to work with him and it was completely worth it.”

Apart from actors Vijay Sethupathi, Samantha Ruth Prabhu, and Nayanthara, the casting of the flick has Prabhu, Kala Master, Seema, Redin Kingsley, Lollu Sabha Maaran, and Master Bhargav Sundar essaying various other supporting roles. The film marks the debut of former Indian cricketer S. Sreesanth in Kollywood. Cinematographers S. R. Kathir and Vijay Kartik Kannan have been behind the camera for the flick. Editor A. Sreekar Prasad has edited the film. The entertainer is produced by Vignesh Shivan and Nayanthara under their production house Rowdy Pictures along with S. S. Lalit Kumar of Seven Screen Studios.

On work front, actress Samantha Ruth Prabhu is currently busy shooting for her Telugu entertainers titled Shaakuntalam under director Gunasekhar, for Yoshoda under filmmakers Hari Shankar and Harish Narayan, and for an untitled venture helmed by Shiva Nirvana. While actress Nayanthara is gearing up for the release of her Malayalam venture Gold. The actress is currently filming for Connect in Tamil, and a Telugu drama titled Godfather. The actress will also be venturing into Bollywood this year with Lion. On the other hand, actor Vijay Sethupathi is currently busy shooting for his upcoming project Vikram under the direction of Lokesh Kanagaraj with actor Kamal Hassan in the lead. Following which he will be seen in Viduthalai, Gandhi Talks, Michael, Maamanithan, Yaadhum Oore Yaavarum Kelir, and in Bollywood with Mumbaikar under the direction of Santosh Sivan.