Sources from Kollywood have stated that on Saturday night Kollywood industry’s leading actress Keerthy Suresh along with her family members had been to Tirupathi and had Darshan in the special entrance which was made for VIPs. 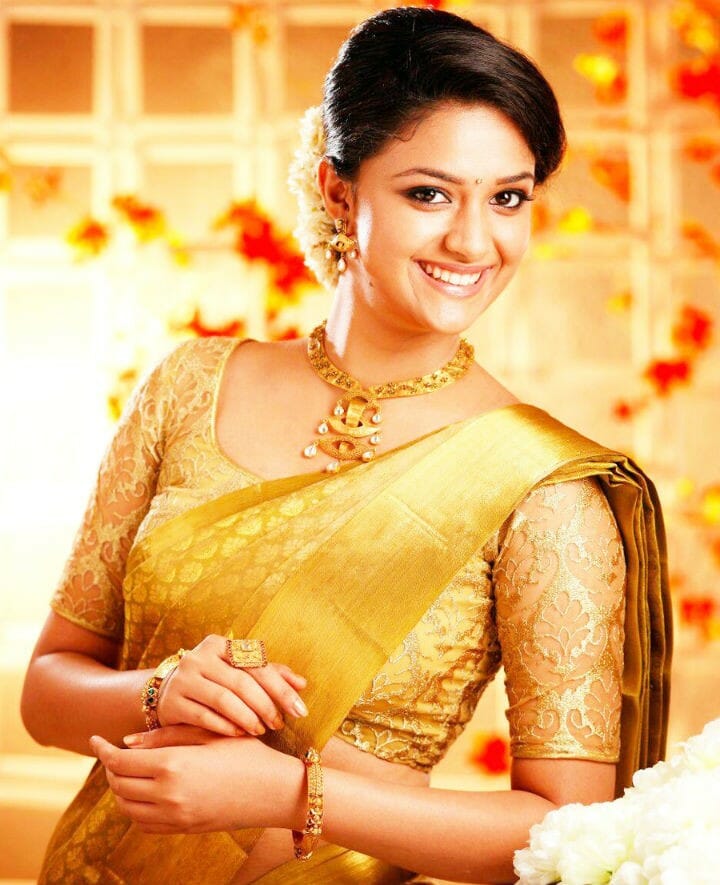 Sources have stated that Thirumala Tirupathi Devastanam had given special prasadam for her. Meanwhile her fans waved their hands and had shouted with excitement on seeing her. Keerthy Suresh smiled at them and left the place.

When asked about her visit, Keerthy Suresh had said that she is acting in Tamil and Telugu movies and her movies are becoming a successful one by the grace of Lord Venkateswara. So to thank God she had been to Tirupathi and had a good Darshan.