Siva Karthikeyan just had one release in 2015 and this is not a good sign for a rising actor. The actor’s ‘Rajini Murugan‘ is kept on hold for a long time. He started his next project under Bakkiyaraj Kannan direction. He was a former assistant to Atlee.

Shooting started after the Chennai devastation. P.C.Sreeram handles camera and Anirudh will be the music composer. Keerthi Suresh is pairing opposite Siva Karthikeyan for the second time. 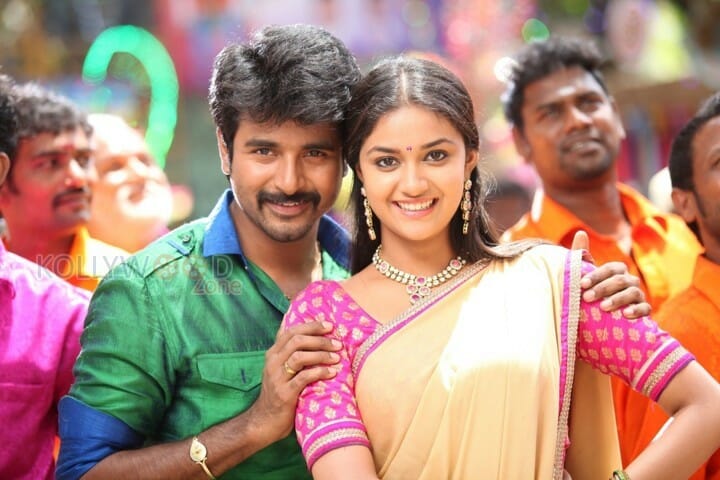 In this case, the shooting happened at Chennai’s forum mall on the Boxing day. Siva Karthikeyan and Keerthi Suresh were spotted together. Keerthi Suresh was seen in a dazzling white colour outfit and the scene was shot as if Siva was going behind her.

The team later left the spot and moved to parking lot. The team will start the second schedule at Ramoji Film City, Hyderabad. Keerthy Suresh is on cloud nine as she already is having two Telugu movies.