Gorgeous actress Priyanka Chopra married the popular American singer Nick Jonas in December last year at Jodhpur’s Umaid Bhawan Palace. Months after their wedding, there were lots of speculations that the ‘Quantico’ actress is pregnant based on a new set of images, which was released a few days back. The actress, who is known for her fit appearance, recently appeared at designer Michael Kro’s event with a visible baby bump. 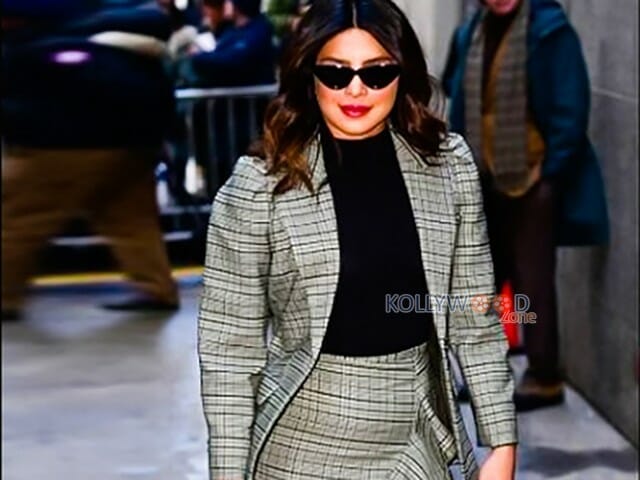 But, Priyanka Chopra’s mom Madhu Chopra denied the rumors, claiming that the bump was due to bad camera angle. She said that Priyanka Chopra looked fine in the rest of the photos, and it had been just that one image that made her appear pregnant because of the camera angle.

“It was a bad angle. The dress was nice and she looked like that only in some photos, the remaining were fine. Blame it on the camera angle! When I spoke to my daughter on the phone, she told me that she was exhausted and hence, had a slumped posture,” Madhu Chopra stated.

On the technical front, Priyanka Chopra is currently promoting her upcoming Hollywood film. She will be next seen in Bollywood with Shonali Bose’s ‘The Sky Is Pink’ co-starring Zaira Wasim and Farhan Akhtar.

Mafia will be an intense gangster film, says...

Actor Vivek talks about his role in Thalapathy...