Right now Shankar is directing 2.O with Rajinikanth, Amy Jackson and Akshay Kumar in predominant roles and currently the fight scenes are shot at Delhi and the shoot is going on full swing. Director Shankar ensured the shooting happens with tight security arrangements and even mobiles were not allowed inside the shoot spot. 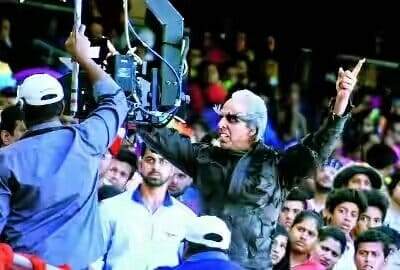 Right now the shooting is happening at Delhi stadium and Akshay Kumar related fight scenes were canned. Akshay Kumar was seen as an evil sinister with a scary make up. Inside sources told us that he essays role of Dr.Richard who is an evil scientist.