Dinesh Ravi is an Indian actor from Vellore who works exclusively in Kollywood film industry. He made a cameo appearance in Ethir Neechal and Pannayaarum Padminiyum. Later he acted as a bling person in Cuckoo and got positive reviews. Recently he got more praises and accolades for Visaranai. 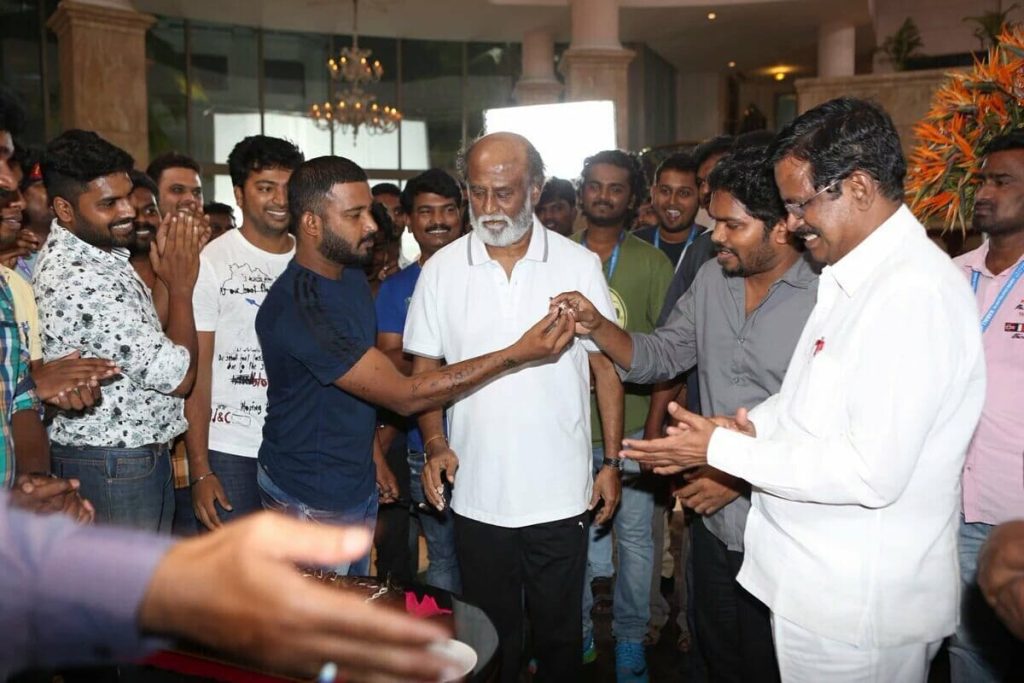 During the shoot of Kabali at Malaysia, Dinesh celebrated his birthday. His birthday fell on January 1st. And he was lucky to celebrate his birthday along with the team of Kabali and Super Star Rajinikanth was also present at the function.

Rajini who was seen with the young team members took photos and joined the party. Rajinikanth and Dinesh were seen in a different getup and that created expectations. The photos which were leaked on social media and they went viral all over social media at once.