The multi talented artist Chinmayi took the Tamil cinema industry by storm with leading the #Metoo movement from front in Kollywood. From Vairamuthu, Radha Ravi to the recent controversy she raised by questioning journalist Rangaraj Pandey, her allegations against some big wheels in the industry shook many of her counterparts. Despite the trolls that she is subjected to online the vocalist is obstinate to raise voice against the issues related to sexual harassment in the industry. Even in spite of running out of work she does not seem to worry about the effect of her allegations and she remains stern on her decision to expose sexual predators in the film industry. 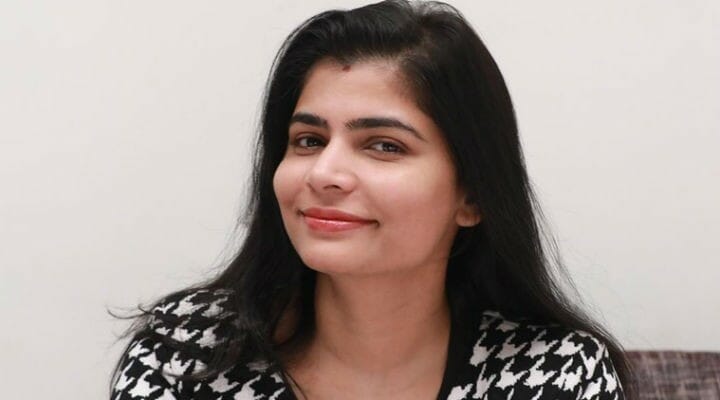 Meanwhile, her husband actor and director Rahul Ravindran who made his directorial debut through the flick Chi La Sow is now gearing up for the release of his next directorial project Manmadhudu 2 which has actors Nagarjuna and Rakul Preet Singh in the lead roles while Nagarjuna’s daughter in law Samantha, Keerthy Suresh, and Akshara Gowda are set to do cameo roles. The once leading singer Chinmayi has been busily promoting the film on the social media platform. The teaser of the film was recently unveiled on social media and the audiences were able to enjoy some intimate as well as lip lock scenes in it.

Though few people just enjoyed the teaser and shared their views about it. Many were quick to turn their attention to the dubbing artist. Digging up a tweet that she made on the age differences that prevails in the industry, where she had tweeted, “Indian film industry heroes being cast with heroines that should be as old as their kids is the norm. It did not stop, did it?” they are trolling the artist stating that she has double standards. The trolls points out to the teaser having Nagarjuna romancing young heroines. Many have even raised questions about what has happened to her crucifier role when the man who happens to have cast young heroines to an aged hero, happens to be her husband? The singer has not responded to any of the questions raised by netizens, we will have to wait to see how the voice artist reacts to it.

The Maiya Maiya singer was recently on news for raising questions on Journalist Rangaraj Pandey’s decision to launch lyrist Vairamuthu’s Thamizhaatru Padai. Taking to her twitter account, pointing to the way Rangaraj Pandey questioned her during an interview when she laid sexual misconduct claims on Vairamuthu, she tweeted, “When journalists as influential as Mr Pandey could not grill, intimidate or even ask a few questions of Mr Vairamuthu. This is how the boy’s club works. Drive the girls to death but celebrate molesters. Nalla Tamizh Panpaadu,” concluded the singer. This tweet of her has received mixed reactions among the netizens while many points out to the way she stammered to answer the questions that was put to her, her fans have expressed their support for her.