Anbanavan Asaradhavan Adangadhavan (AAA) movie is a romantic action comedy movie which is written and directed by Adhik Ravichandran. On behalf of global Infotainment, the movie is produced by S. Michael Rayappan. The movie features Simbu, Shriya Saran and Tamannah in leading roles. For the first time Simbu had acted in three different getups in the movie. Yuvan Shankar Raja had composed the music. 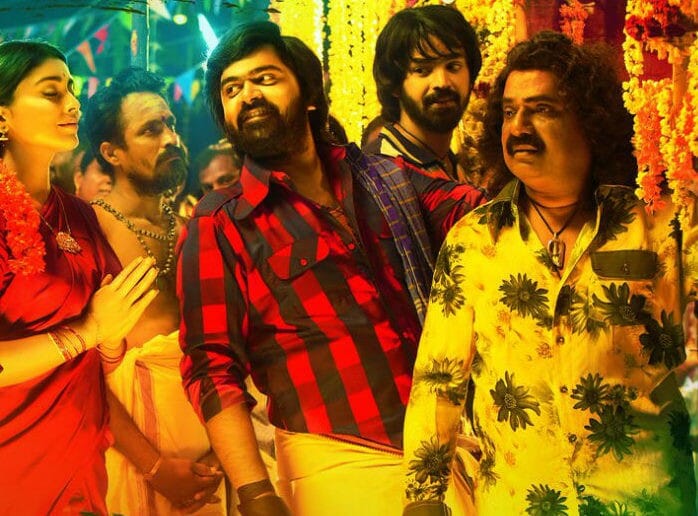 Actress Shriya Saran had made her entry after a long gap through the movie. Krishnan Vasant had done the cinematography work and Ruben had looked after the editing part for AAA. The director had kept the title as Anbhanavan which means affectionate man, Asaradhavan means uninfluenced man and Adhanghadhavan means uncontrollable man, where Simbu is acting in three different getups based on the title.

Studio Green company had looked after the distribution for the movie throughout the state. Silambarasan had put on weight and is seen with huge beard. The movie had got U/A certificate for its making and the teammates are excited about receiving the certificate. The lyrics are written by Silambarasan, Vairamuthu and Yuvan Shankar Raja. Spiritual Gaana song was sung by music maestro Illayaraja. Silambarasan had sung ‘Raththam En Raththam’ song which will be a treat for his fans.

AAA movie will be released in two parts as AAA-1D and AAA-2D showcasing the characters Madura Michael and Ashwin Thatha. Ashwin Thatha theme song will capture hearts of his fans. Simbu’s style of acting is a usual one and Shriya Saran and Tamannah’s acting is good. The music and background scoring is made brilliantly. In fact the technical aspects are made to a poor extent and it is average.

Simbu had previously acted in Acham Enbadu Madamaiyada and his style of acting will have a good attraction for his fans. Simbu’s fans were waiting for the release of the movie as the teaser which was released had received negative feedback because of the words spoken by Simbu in it. He said he will give lip kisses to any girls and he is not like his father. This statement had tensed many and was angry on him. Watch the movie to know what the actor tries to speak through the movie and what the message from the movie is.

Simbu plays 4 different roles in the film. The first part of the film is all about Madura Michael role. In this role he comes close to marrying his sweetheart but had to sacrifice his love for her well-being.  The second is the 58 year old Ashwin Thatha character who wants to find that special someone for him to spend the rest of his life.

Adhik’s has shown a great clarity in his dialogue writing, screenplay and potraying the characters. The movie will be loved by Simbu’s fans and those wanting entertainment.

Overall, Lots of if’s and but’s which could’ve been left out, but still entertains!