A superstar’s film release is treated as a festival among his aficionados in Tamil cinema. For more than a year, due to the covid-19 restrictions, like every one of us even the theater owners have seen disruptions in their business. Along with it the vigorous growth of OTT platforms has pushed them under a great distress. As a way to cheer them up, and boost their morale in comes Thala Ajith Kumar’s Valimai. And the festive mood is on already in the state. The fans of the superstars have made it a habit to break records with every film of their stars from trailer views to ticket bookings. On that line, they have broken another record with Valimai. 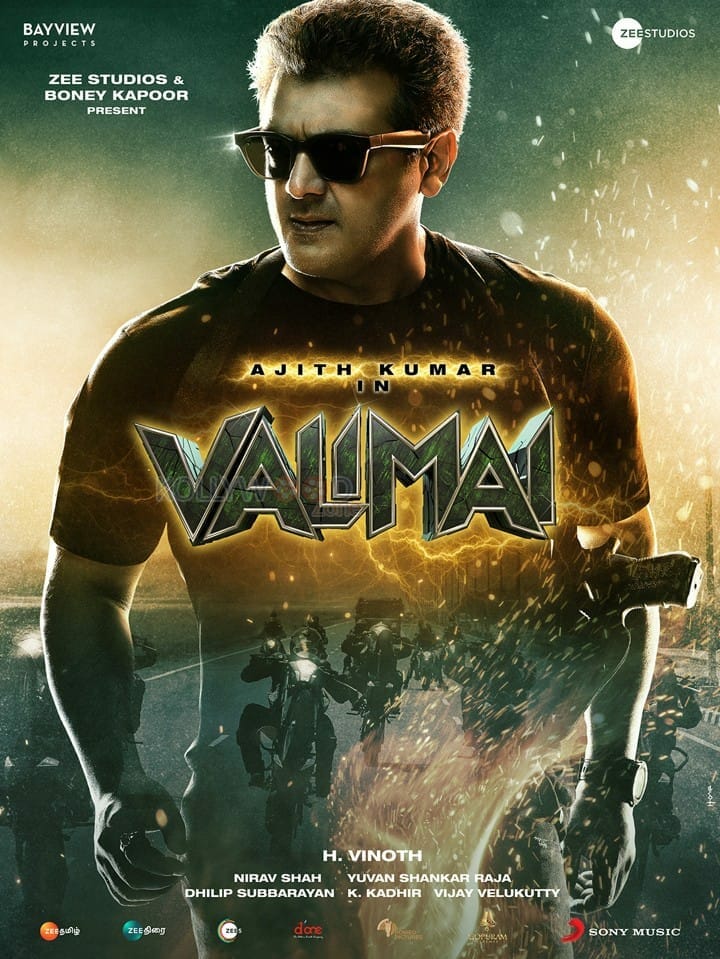 It is a special moment for the fans of an actor to catch the film of their idol on the very first show. If that is not possible, at least on the first day. That is why so much of craze for the First Day First Show (FDFS). They remain awake throughout the night to see when bookings open, and the moment it opens, they keep the bookings rolling. The aficionados of actor Ajith were in wait from the moment the production unit announced that the entertainer will be hitting the screens on 24th of this month to book their tickets. Now the counter is open, and we have news that there has been a record first day bookings. And that in theaters throughout Tamil Nadu almost all the shows on the first day have been sold out in record timing. Few of the theaters have been sharing their excitement on social media.

The fans of the star who have booked the tickets are sharing the pictures of the tickets on social media and putting it up as their status. They have decorated the theaters with cutouts of actor Ajith Kumar. They have begun preparation for the cracker show, purchased milk packets, and hell some have even gone on to print jerseys with the actor’s image on it. The making videos of the flick where the actor slips while doing a bike stunt have been creating a lot of noise in the internet upping the anticipations of the fans. Even the trailer of the drama which was released on internet last month have had a great reception garnering more than 20 million views.

Apart from actor Ajith Kumar the casting of the movie has Huma Qureshi in the female lead role. And Kartikeya Gummakonda, Bani J, Sumithra, Raj Ayyappa, Chaitra Reddy, Pugazh, Yogi Babu, Dhruvan, Dinesh Prabhakar, Pearle Maaney, Selva, G. M. Sundar, Achyuth Kumar, Pavel Navageethan, and Karthik Raj in various other supporting roles. Nirav Shah will be taking care of the cinematography department. The musical instruments for the drama will be handled by Yuvan Shankar Raja who will be delivering the tracks. While musician Ghibran will be scoring the back ground score. The entertainer is funded by Boney Kapoor under the banner house Bayview Projects LLP along with Zee Studios.