Boney Kapoor is all set for maiden venture of his renowned production company Bayview Projects LLP in Kollywood industry. This film will be the official Tamil remake of blockbuster Bollywood movie “Pink” starring actor Ajith the lead role.  H. Vinoth who was praised for his excellent directorial ‘Theeran Adhigaaram Ondru’ will be directing this movie. While Yuvan Shankar Raja composes the music, remaining cast and crew will be shortlisted very soon. The movie was launched today in Chennai. 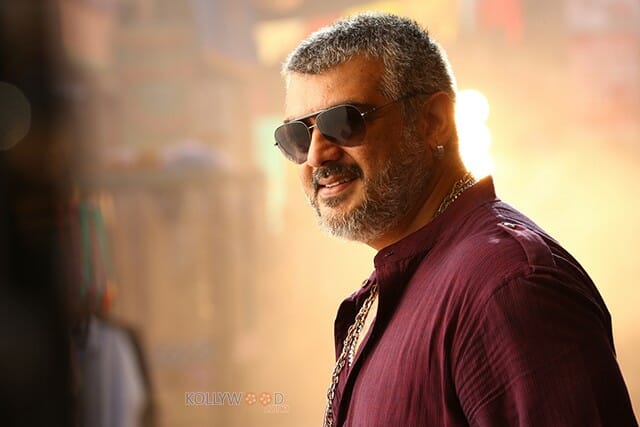 When asked about the movie, he says, “Sridevi had expressed her wish to make Ajith act a film for our home production after the ‘English Vinglish’ movie. We tried, but nothing interesting came. Suddenly, one day Ajith expressed his desire to remake ‘Pink’ in Tamil.  She instantly agreed with him as she thought it was the perfect time to work a project with Ajith”.

He also says “I am extremely happy about launching my production venture in Kollywood, as Tamil industry always had a special place in my heart. In fact, I have been trying for a long time to collaborate a movie project with Ajith after ‘English Vinglish’. Also, we both were looking up a suitable content that will be a milestone to our respective works. We are now happy to work in the official remake of ‘Pink’. We are starting the shooting schedule today and have planned to hit the theatres on the 1st of May 2019. We are simultaneously planning another movie together and that will be planned for a start on July 2019 and will be released by the 10th of April 2020. Both the movies are supported by Zee. I am looking forward to have an enjoyable experience working with Ajith”.

“I have been actively following the projects of Mr. Vinoth, who is an impressive filmmaker. Particularly, his previous movie ‘Theeran Adhigaaram Ondru’ had charmed me with its raw and realistic elements. The way he picks distinct story lines and blends them with captivating narration assured me that he will be the perfect person to direct ‘Pink’ in Tamil”, says Boney Kapoor.

Boney Kapoor has made a successful career of producing commercial and offbeat projects for nearly 37 years. His love for Kollywood industry from his starting days as a producer has been extensive, which gradually made him select some of the best box office hits to remake in Hindi. His distinguished movie making career began with a blockbuster hit film ‘Hum Panch’. On the whole, his journey as a producer in Bollywood gave him numerous super-duper hits across decades with a list of different genres like “Mr. India”, which is still considered as one of its kind, a fantasy movie that smashed the language barriers and won hearts across the globe.

Vemal and Vadivelu to slip into khaki for their upcoming...