Actress Tapsee Pannu who shot to fame in the Tamil film industry through the critically acclaimed flick Aadukalam is slowly on her way climbing to the top of the ladder to establish herself as a bankable lead heroine. The block buster hit films like Pink, Manmarziyaan and even the recently released Badla has only helped the cause. In addition to that, the fact that she is popular among the audience of multiple states adds to her cause. At a very young age the actress had the opportunity to co star with the Bollywood legendary actor Amitabh Bachchan not once but twice. 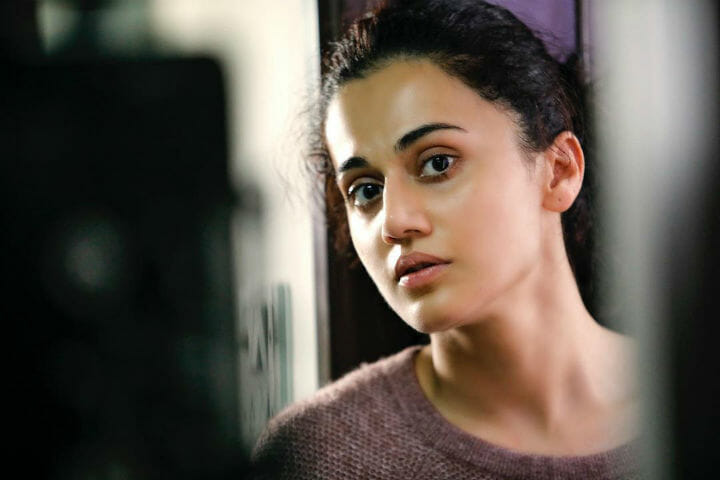 The actress is currently awaiting the release of her next multi lingual crime thriller project titled Game Over. Directed by Ashwin Saravanan the film is slated to hit the screens this weekend. The actress is busy in the promotion works of the film; speaking to a new daily recently the actress was put in a situation to answer the inevitable question in a heroine’s life. When she was asked what are her plans for her marriage and when is she going to settle down, the actress without having any second thoughts replied, “This is not the right time to speak or plan about settling down. I am a part of some big ventures right now and it is time for me to prove myself as a talented artist to the audience. I am very much focused only on the projects that I have on hand now.”

The actress was also quick to mention that she is not against marriage but she only meant that the time has not come to speak about marriage and when the time comes she stated she will definitely announce it to the world herself. We hope the time arrives at the right stage of her life. As claimed by the actress she indeed has a very busy year ahead of her with so many projects in her kitty.

On the work front, the actress will next be seen on screens this weekend in the film Game over. The actress is currently busy shooting for her flick Mission Mangal which has actors Akshay Kumar, Sonakshi Sinha, Vidhya Balan and Kirti Kulhari in various other pivotal roles. Apart from these projects the actress has Tadka which will hit the screens under the directorial of multi facet artist Prakash Raj and Saand Ki Aankh which will be directed by Tushar Hiranandani, in her pipeline. The actress is also said to be in talks with director Ahmed of Endrendrum Punnagai fame to be the lead heroine of his yet to be titled venture which will have the dashing hero actor Jayam Ravi in the lead role.

One crore followers for Miya George in Face Book