Actress Rashmika Mandanna is having the time of her life right now. The actress who ventured in to the cinema industry through her Kannada drama Kirik Party starring alongside Rakshit Shetty back in the year 2016 has become a sweet heart in Tollywood. The actress has done a handful of films in a quick succession in the Telugu industry. Eventually making her way in to Kollywood with Sulthan which hit the screens under the directorial of film maker Bakkiyaraj Kannan with actor Karthi as lead. There are also speculations that the actress is in talks to share screen space with actor Vijay on his next project ‘Thalapathy 66.’ Now, the actress who is a well-known fitness freak has shared her fitness mantra to her fans on social media. 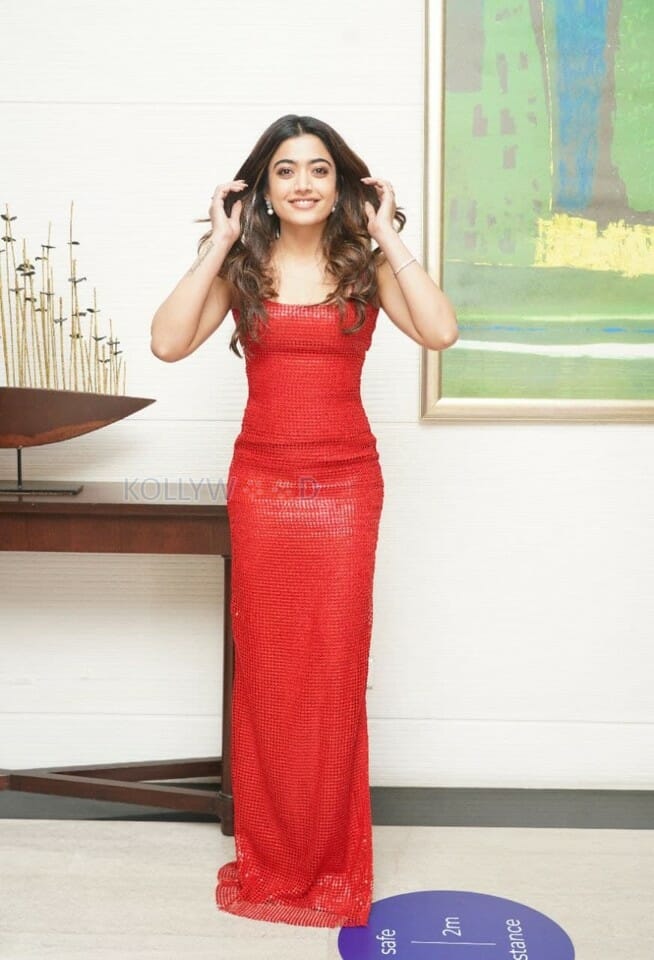 Rashmika Mandanna is one of many film celebrities who have a very active social media presence. The Dear Comrade star regularly drops photos and videos from her day-to-day life, travel dairy, workout sessions, casual pictures with friends and family, and from her sponsored photoshoots. It is a know thing that the actress maintains a great physic and hits the gym on a regular basis. Now, she has dropped a picture after one of her workout sessions on social media with a message for her followers. Taking to her Instagram the actress posted a mirror selfie of herself, with the message, “I don’t know if I am allowed to post this picture. Many of you will not like it. But posting this story to say that the key to your fitness goals is consistency. Workouts, with physios, with your diets, with your thoughts, with your journey, just be consistent and enjoy it. It won’t be fun awhile but when you get used to it. You will realize it. Sending my love to you!”

The actress who shared such an inspiring message with a mirror selfie of herself, has, for some strange reasons, has deleted the post. This indeed has puzzled her fans who kept the likes and comments rolling on the post. Rashmika Mandanna is absolutely a fitness freak who inspire her fans to take up exercising to stay healthy. She is one of very few actresses who keeps inspiring her followers consistently. In fact, the actress’s official Instagram handle will be filled of videos from her workout sessions. Her fitness activities include weight training, yoga, kickboxing, skipping, spinning, and swimming.

On the work front, actress Rashmika Mandanna who was last seen on screens in Pushpa: The Rise is currently busy shooting for the sequel of the film under the directorial of story teller Sukumar. The actress is all set to make her debut in Bollywood with Mission Majnu which is directed by film maker Shantanu Bagchi in which she will be seen alongside actor Sidharth Malhotra. Following which she will have another release in Hindi in the likes of Goodbye helmed by film maker Vikas Bahl in which she will be sharing the screen space with Big B Amitabh Bachchan.