Right from the time when news of director Vetrimaaran and actor Dhanush teaming up again for Asuran hit the headlines, the buzz around the project has been so high. This is because the track record of the combo is such as they have delivered super hit ventures like Polladhavan, Aadukalam, and the recent hit Vada Chennai. Ever since the first look poster of the film hit the social media, the expectation level among the fans on the project has sky rocketed. In addition to that, the fact that the film is based on the super hit novel Vekkai penned by Author Poomani, has further upped the anticipation level of the film. 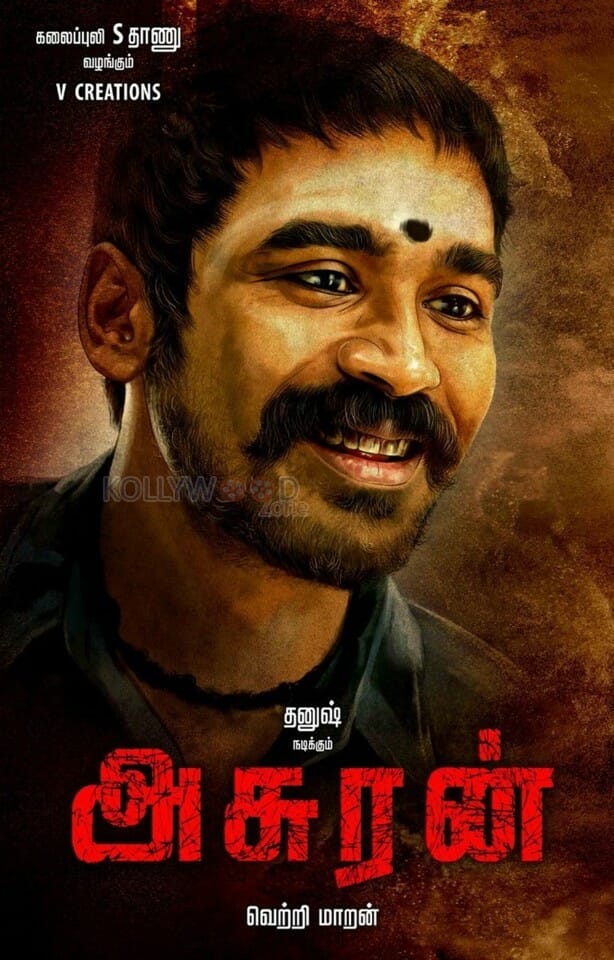 Now, we have a happy news for the fans of the actor. The production unit has now officially announced the release date of the action drama. Actor Dhanush himself has unveiled the news on social media. Taking to his twitter handle, the actor shared a plain poster which had the news that the film will be hitting the screens worldwide on 4th of October. This is definitely a great update for the fans of the actor who are eager to catch the movie in theaters. Actor Dhanush will be seen in dual roles in Asuran after his political entertainer Kodi. The actor will be portraying the character of a 45 years old man and also plays the character of his son in the flick.

The action entertainer has been shot predominantly in the outer regions of Kovilpatti. Malayalam star actress Manju Warrier who will be making her debut in Tamil cinema industry with Asuran has undergone a makeover to get in to the role of a woman hailing from that region. Apart from actors Dhanush and Manju Warrier, the project has Yogi Babu, Aadukalam Naren, Pawan, Guru Somasundaram, Thalaivasal Vijay, and Pasupathy in various other important roles. Director Balaji Sakthivel will be making his acting debut in the crime drama. On the technical end, cinematographer Velraj has been behind the camera for the entertainer, while Vivek Harshan will be trimming the film. The music for the flick is composed by the busiest man of Kollywood G. V. Prakash Kumar. The motion picture is bankrolled by Kalaipuli S Thanu under the banner V creations.

On the professional end, actor Dhanush is currently busy shooting for Vetri Maaran’s Asuran and Durai Senthil Kumar’s Pataas. Following which he will join the sets of story teller Ram Kumar of Ratsasan fame for their untitled movie. Apart from these ventures, the actor has an untitled project with director Karthick Subbaraj and a flick with Mari Selvaraj of Pariyerum Perumal fame which is tentatively named as Karna. The actor is also set to team up with his brother Selvaraghavan for a movie. On the other hand, director Vetrimaaran was supposed to direct the sequel of Vada Chennai which was announced as a trilogy project. But due to some financial restrains the project has been postponed and further developments on the franchise are awaited. Besides this, the director has roped in actor Soori to play the lead role in his next.

‘I was begging for the role:’ Vijay Sethupathi on winning best actor award for Super Deluxe