Action hero Vishal is currently acting in a movie titled as Ayogya directed by debutant Venkat Mohan. This movie happens to be the Tamil remake of 2015 Telugu hit Temper directed by Puri Jagannath and starring Jr NTR, Kajal Aggarwal and Prakashraj.

This movie in Tamil has R.Parthiepan and Raashi Khanna along with director KS Ravikumar in vital roles. Temper is very much popular for its hard-hitting climax courtroom sequence. 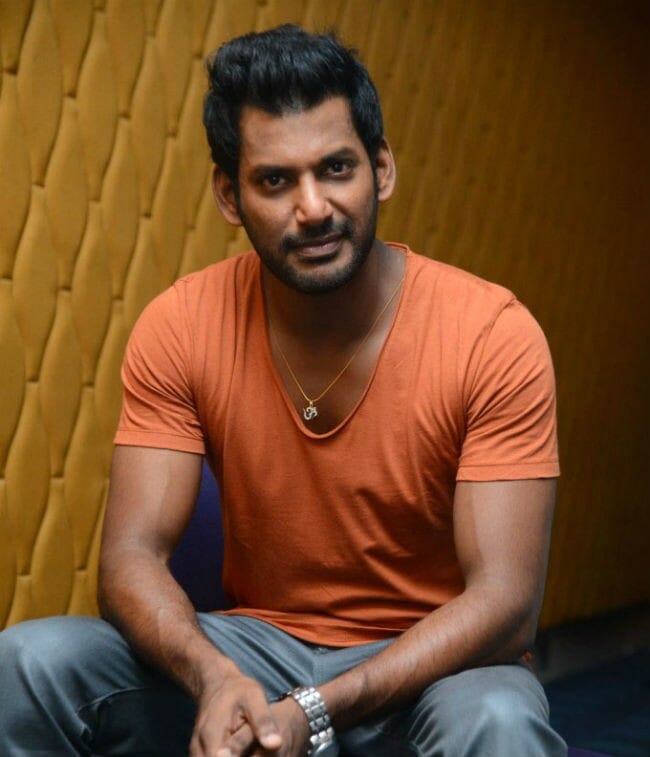 When Vishal was asked if he will dub his Ayogya in Telugu and release it like his Abhimanyudu and Pandem Kodi 2, he said that he will never dub it, because though the screenplay has been changed,

Tarak had acted in an extraordinary manner in Temper and that he can no way match it, hence he does not want to dub his Ayogya in Telugu. Ayogya is being planned as a Pongal 2019 release and is about a corrupt cop turning over a new leaf to seek justice for a sexually abused woman.