Sri was introduced to Kollywood through movies like “Vazhakku Enn 18/9”, Myskin’s “Onaayum Aattukkuttiyum”, ‘Vil Ambu’ and recently in “Soanpapdi”. Sri told the media that he is a product of Myskin and Balaji Sakthivel. Director gave him a chance in “Vil Ambu” on seeing his skills. 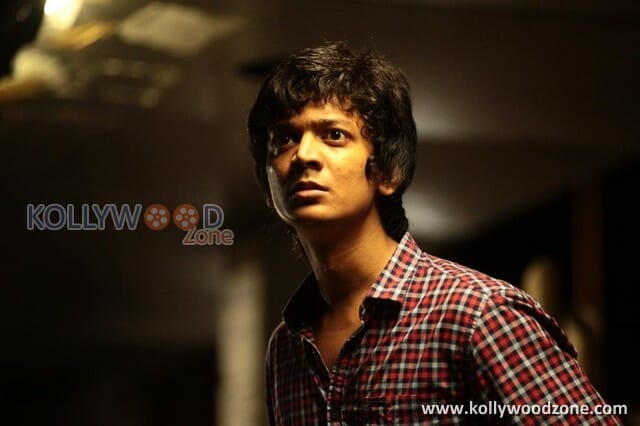 The story of this movie revolves around a youngster who lives in a slum region in Coimbatore. He along with the director went to Coimbatore and observed the life of people living in one such locality. Later, Sri practiced the slang and body language of the character for some time. He acted in fight scenes and got beaten and even injured many times. He told that all his pains disappeared when he saw the response of the audience.

Sri also expressed that he has acted in 2 hero subjects and developed his skills. He feels he is now fit to do single hero subjects. His next movie “Managaram” is an action thriller story and he is sure that this film will be a turning point in his career.