Maanadu which was set to be directed by story teller Venkat Prabhu had to go through so many
controversies just like actor Simbu’s life. There were so many speculations made about the film that was
supposed to go on floors a long time ago. The actor even went to London to get in to shape for the
political entertainer. Last month a video of the Manmaadhan star reading the script of Maanaadu went
viral on the social media which got his fans excited. But now as they were eagerly waiting for the flick to
go on floors, we have a shocking news from the producer of the venture. 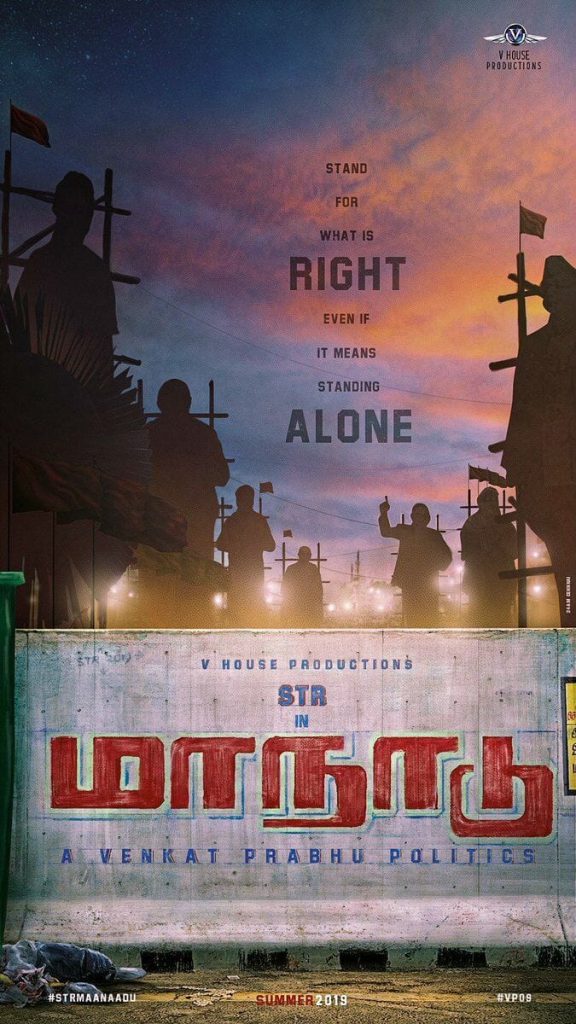 Producer of Maanadu Suresh Kamatchi has officially announced that the political drama has been
shelved. The producer has informed this through a press release in which he seemed very emotional.
The note goes, “I am taking this opportunity to share an unfortunate decision with you. Dear brother
Simbu had given me a huge responsibility of making a film with him. I would first like to thank him for
making me take up the project. But in an inopportune turn of events the venture is getting delayed and I
am afraid that it might pave way for souring our relationship. People in the industry who know me well
will be aware that I am someone who plans my project clearly and with an honest approach. But
whatever I have done regarding Maanadu, irrespective of my efforts I am not able to bring it to floors.
And I feel like all my efforts and time has only been spent in an unproductive way.

Therefore with no choice left I had to make the decision of shelving the film which was to have actor
Simbu in lead role. I have decided to drop Simbu from the film. But my friendship and affection for him
will be eternal. I want to thank all his fans who have showered a lot of love on me. I also want to thank
everyone who has stood by me in all difficult situations. Very soon under the direction of Venkat Prabhu,
Maanadu will begin in a new dimension. An announcement regarding the same will be made soon.
Thank you one and all,” concluded the producer. The actor who will be replacing actor Simbu in the
drama is expected to be announced soon.

Responding to the press release, director Venkat Prabhu twitted, ‘It’s very unfortunate that I couldn’t
work with my brother Simbu in Maanaadu. Everything is time bounded. Considering the amount of
emotional and financial pressure that the producer is going through, I have to respect the decision taken
by the producer. Thanks for all the love!’

Recently when the news of director Venket Prabhu directing a web series for the Star Networks and the
casting of Vaibhav, Kajal Aggarwal and Kayal Anandhi on the project made headlines, again it was said
that the political entertainer has been dropped. But now we have the official confirmation from the
producer himself. This definitely is a bad news for actor Simbu who was much dependent on this drama.
We will have to wait to see how the project develops further in the days to come.

Arya and Atharva to team up for Bala’s...

Raiza Wilson to pair with this young hero...