In the Tamil Film Industry actress Jyothika has captured hearts of many by her style of acting and expressions. She has made her debut entry through the movie Vaali along with Ajith. Later she has acted with Rajini, Kamal, Vijay, Suriya, Vikram and with all the leading actors. Chandramukhi and Mozhi has earned positive accolades for her. After marrying Suriya she has stopped acting and again she has made her entry through 36 Vayadhinile. 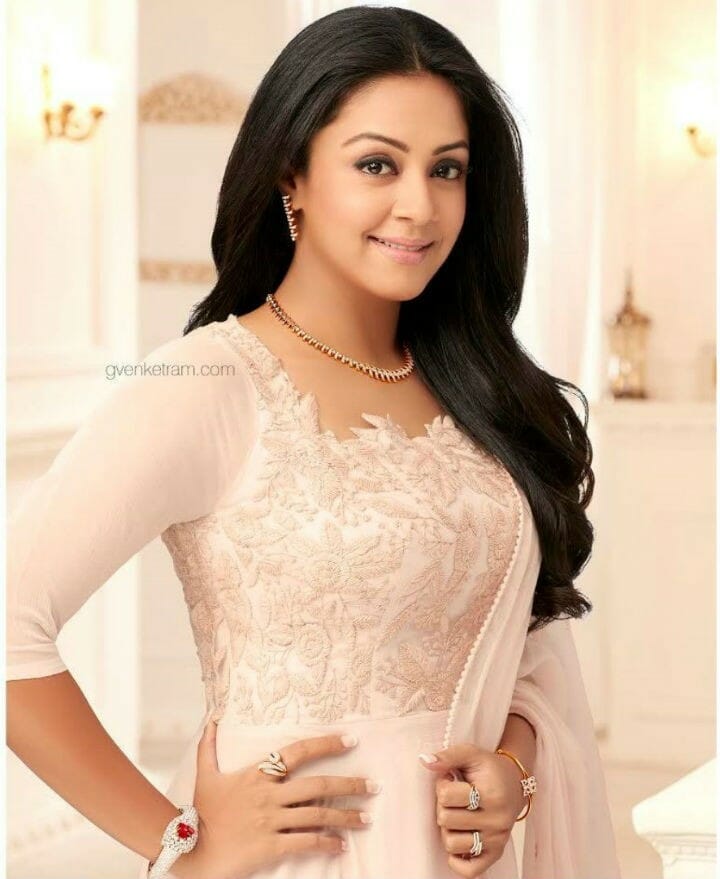 Currently she is acting under the directorial of Brahma in a movie titled as Mahalir Mattum. Along with her, actresses Oorvasi, Babu Priya and Saranya are acting in leading roles. Meanwhile it was rumored that she is acting in Vijay’s 61st movie which will be directed by Atlee.

It was stated that Kajal Aggarwal and Samantha are booked to play along with Vijay. The teammates have said that Jyothika is not acting in the movie and it is a rumor which was spread by unknown.