Kollywood industry feels that actor Atharvaa when given a character he becomes the character and acts excellently and proves his individuality. His gym body, voice tone and acting skill are the plus in him. 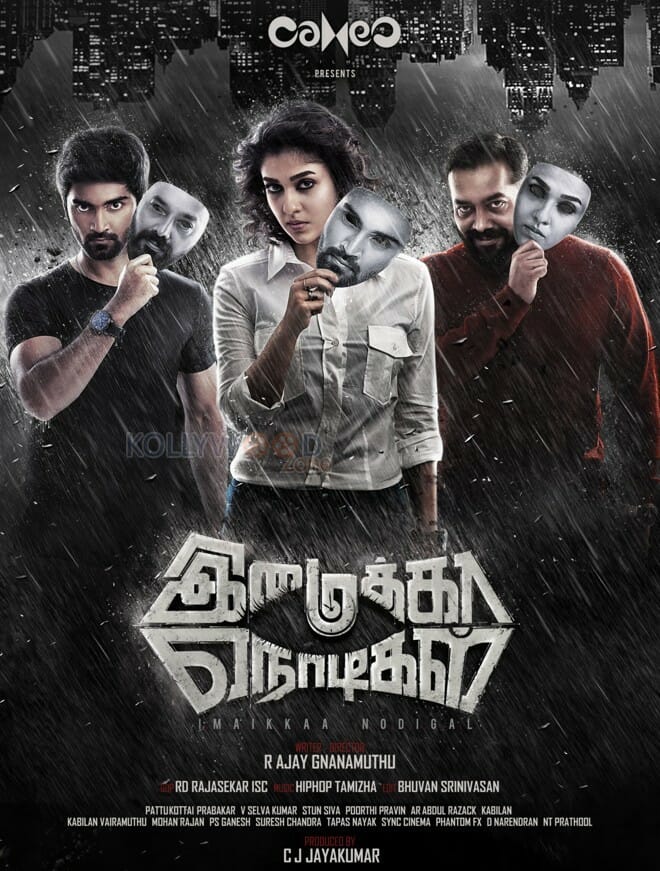 Sources have stated that many are expecting that his upcoming Imaikka Nodigal movie is an action entertainer. C. Jayakumar had bankrolled the movie on behalf of Cameo Films Company. Ajay Gnanamuthu had directed the movie who had previously directed Demonte Colony. Raashi Khanna had paired Atharvaa in the movie. Bollywood industry’s maker Anurag Kashyap had acted in crucial role in the movie.

Recently the movie’s stunt scene was shot at Bengaluru and it was stated that the scenes were equal to that of Hollywood style. The maker stated that the stunt scenes will never let you close your eye lids as it is made amazingly. Keep watching for more updates about the movie.