Actor Simbu had romance with Nayanthara when he was acting in Vallavan. But the love affair didn’t even last for months. The affair was broken very fastly as it has come fastly. Simbu had affair with Hansika Motwani when he was acting in his Vaalu. Many felt that Simbu’s first love was a failure one, but expected that his second love will succeed. 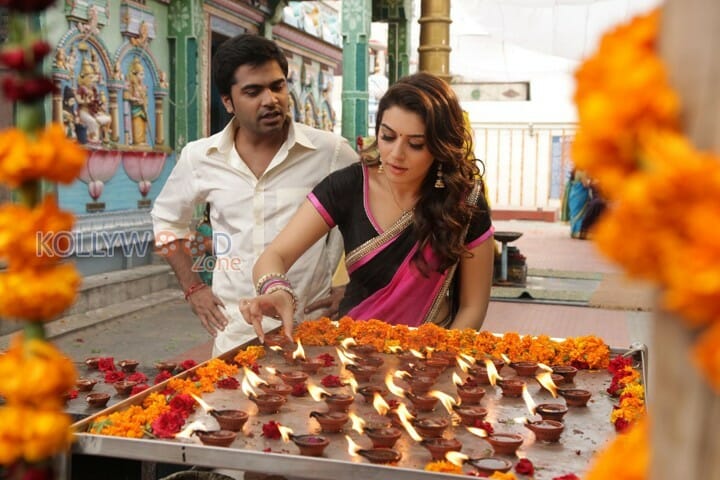 Simbu has broken up with Hansika too and the reason behind the issue is not yet let out by both the actors. When the news came about Hansika has left Simbu, her market went to peak. Presently Hansika has said that she had no affair with Simbu. Many have spread false news that after seeing her acting with Simbu many guessed both love each other.

She has said that her news with Simbu is just a rumor and it is not true. She further said that in her life only one boy proposed his love. That guy was her school mate and at that time she was studying her 8th grade. But Hansika rejected the proposal. She also said that till now no one has proposed their love to Hansika. She also said, she doesn’t have interest in romance affairs.