Under the directorial of Samuthirakani, Jeyam Ravi has enacted in Nimirndhu Nil. In the movie Gowri Nanda has enacted as a fake manufacturer of certificates, and performed the negative role excellently. Presently Gowri Nanda is enacting as a heroine in Pagadai Attam and Rahman is pairing with Gowri Nanda. She is acting as a bold auto driver who fights against injustice. 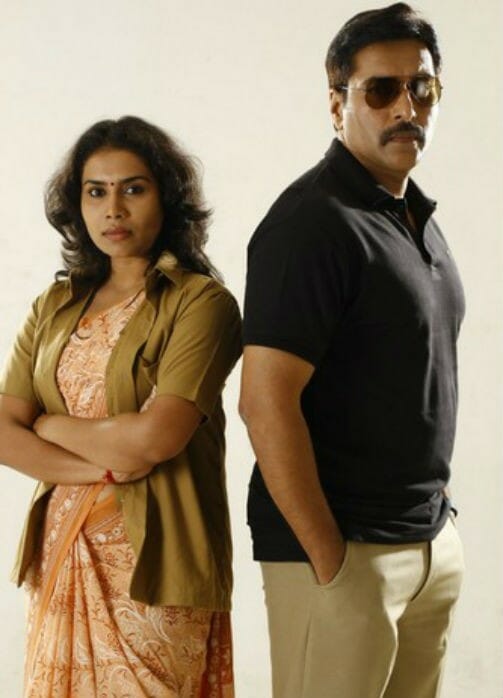 Actor Rahman enacts as Cyber Crime Senior Police Officer in the movie. Along with them actors Nizhalgal Ravi, Monika, Sahana, Dhivashri and many have acted in the supporting roles. The movie is directed by Mahendran’s director Ram k. Chandran. Krishnasamy has made the cinematography and Karthick Raja is the entertainer of the movie.

When the director spoke about the movie, he said that the story is about a man who is well equipped with all basic amenities and a woman who strives hard to earn her daily income. The important aspect in the movie is that it shows how a man’s life is disturbed because of the latest trend and technology. The movie’s shoot will happen in and around Chennai.

Arya and Wife Sayyeshaa Saigal off to Europe...