Arjun Das And Tanya Ravichandran Team Up For a New Project!

Actor Arjun Das, the man with the majestic voice forayed into Tamil cinema with his unnoticed drama Perumaan. But it was his part as Anbudoss in filmmaker Lokesh Kanagaraj’s Kaithi with actor Karthi as lead that put him in the limelight. He quickly became the talk of the town, and heartthrob of many young women in the state. His role as Das in the Vijay starrer Master further upped his fan base. The actor has now inked his signature for his next venture which is yet to be titled. Actress Tanya Ravichandran will be playing his love interest in the flick. Director Santha Kumar of Magamuni fame directed the project. The movie went on floors recently with a small pooja ceremony. 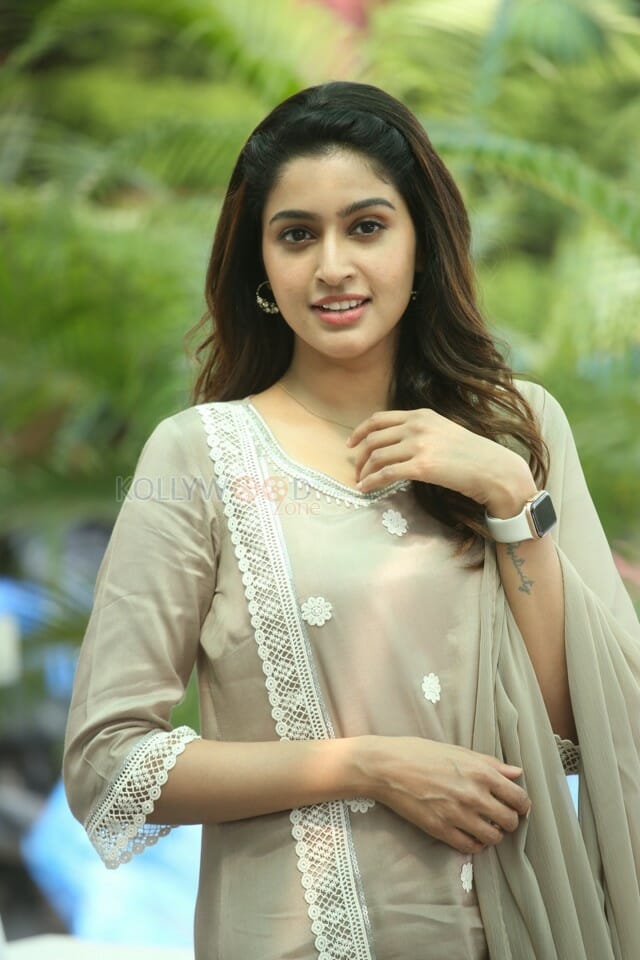 Talking to a leading daily about the venture, director Santha Kumar said, “The entertainer was confirmed a couple of months back. We have officially launched it today with a pooja event. At this moment, I cannot talk much about the story. All I can say is it will be in line with my filmography. There will be a crime angle, action, thriller, and romance.” Answering why he opted to cast actors Arjun Das, and Tanya Ravichandran, he revealed, “I felt they would be apt to play the roles. We have seen Arjun Das in grey shades. I liked Tanya Ravichandran’s performance in Karuppan. Both of them are very expressive. Generally, I watch interviews of artists, and their stage speeches in events, to visualise whether they would fit in any of the roles I have written. The events are where you can find them casual. If I feel they can fit in a part, then I can bend and twist them into the character that I want them to play.”

The production unit has planned to shoot predominant portions of the entertainer across Tamil Nadu. The first schedule of shoot will soon begin at the peripheries of Chennai. It is said that the production team is in plans to wrap the entertainer in quick succession as they are eyeing to bring the drama to the theatres for the summer next year. Apart from actors Arjun Das, and Tanya Ravichandran, the casting of the film will have actors Reshma Venkatesh, Sujith Shankar, G M Sundar, and S Ramya in various other supporting roles. The music for the flick will be composed by music director S Thaman. Cinematographer Shiva GRN will be cranking the camera for the drama. The editing department has been handed over to editor V J Sabu Joseph. Art director Sivaraj Samaran has been roped in to erect sets for the movie. Master Prakash will be choreographing the action moves.

On the work front, actor Arjun Das who was last seen on screens in a cameo role in Vikram is gearing up for the release of his next Telugu venture christened Butta Bomma helmed by Shouree Chandrasekhar in which will be seen alongside actress Anika Surendran. The Kaithi actor is currently busy shooting for his next project titled Aneethi under the direction of film maker Vasanthabalan in which he will be sharing the screen space with actress Dushara Vijayan. On the other hand, actress Tanya Ravichandran who had her last outing in Tamil in Trigger is getting ready for the release of her next project Agilan filmed by N Kalyana Krishnan in which she has co starred with actors Jayam Ravi, and Priya Bhavani Shankar. The Karuppan actress is currently busy shooting for the sequel of Maayon helmed by Arun Mozhi Manickam in which she will be romancing actor Sibi Sathyaraj.

Kathir’s Yugi Teaser: Promises To Be An Intense And Gripping Thriller!

Arun Vijay’s next to be bankrolled by his...