In Tamilnadu currently the Jallikattu issue has moved to the next level as day by day all over the state many youngsters are actively participating in the protest. Many Kollywood industry celebrities are supporting Jallikkatu issue. 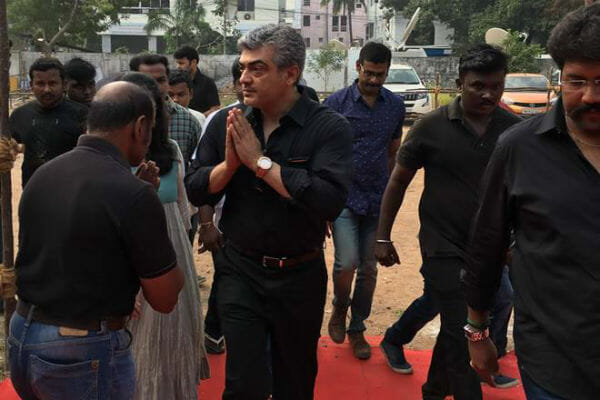 Actors like Rajinikanth, Kamal Hassan, Simbu, Vijay, Siva Kartikeyan, GV Prakash and many have supported the issue. Many actors are in the field fight for Jallikattu and Ajith hasn’t spoken about the issue. Kollywood sources have stated that tomorrow actors association have organized for starving program.

In this case, Ajith has came along with his wife Shalini to the protest. He was dressed in black. Trisha, Surya, Nasser and many more actors were also spotted in this protest.