Trisha and Nayanthara have been the only actresses at present who have been in the industry established for more than a decade and still ruling as top heroines of the industry with many movies. Trisha has stayed on top in both Kollywood and Tollywood for long, unlike Nayanthara, who has had a grip on Tamil industry, especially after Raja Rani. 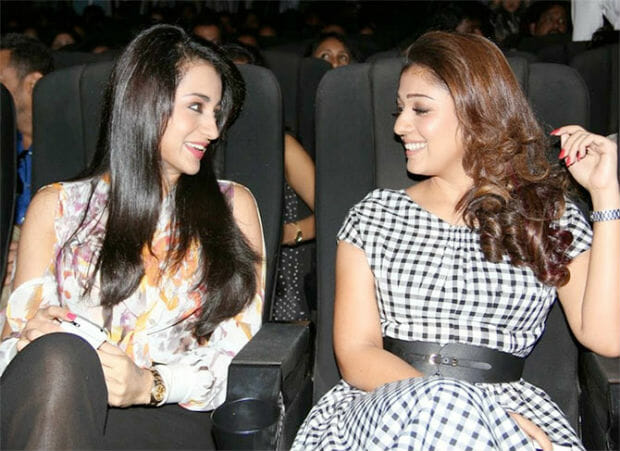 Now Nayanthara has risen to be called as the lady superstar as well. While Nayanthara had established herself as a solo heroine who can carry a whole movie on her shoulders, with films like Aramm, Maya, Dora, Anamika etc to name a few, Trisha’s attempts at playing the solo heroine in movies like Nayagi failed.

However, Trisha has been scoring hits occasionally with her glam and performance, like Aranmanai 2, Hey Jude in Malayalam etc. Now, Trisha’s Mohini is releasing on July 27, while Coco aka Kolamaavu Kokila staring Nayanthara is releasing on August 10.

While both these movies are expected to be hits, Trisha still has many movies like 1818, Garjanai, Sathuranga Vettai 2, 96 to be released in 2018, while Nayanthara also has movies like Imaikkaa Nodigal, KM Sarjun’s untitled next, and many other movies lined up for release. Thus, 2018 has really become the year for Trisha Vs Nayanthara who will both end up as the heroines with most releases this year.