Actor Harish Kalyan has been a promising contender so far in Tamil cinema with a pretty decent choice of films, and performances. The Pyaar Prema Kaadhal actor was last seen on Oh Manapenne which hit the screens last year under the direction of storyteller Kaarthikk Sundar with actress Priya Bhavani Shankar. The venture did not do well in the box office as expected. So, the actor has opted to shred his chocolate boy image with his upcoming project titled Diesel. Director Shanmugam Muthusamy of Adangathey fame has helmed the drama. Actress Athulya Ravi of Capmaari fame will be seen in the female lead role. The project went on floors last year. The shooting for the venture is underway. 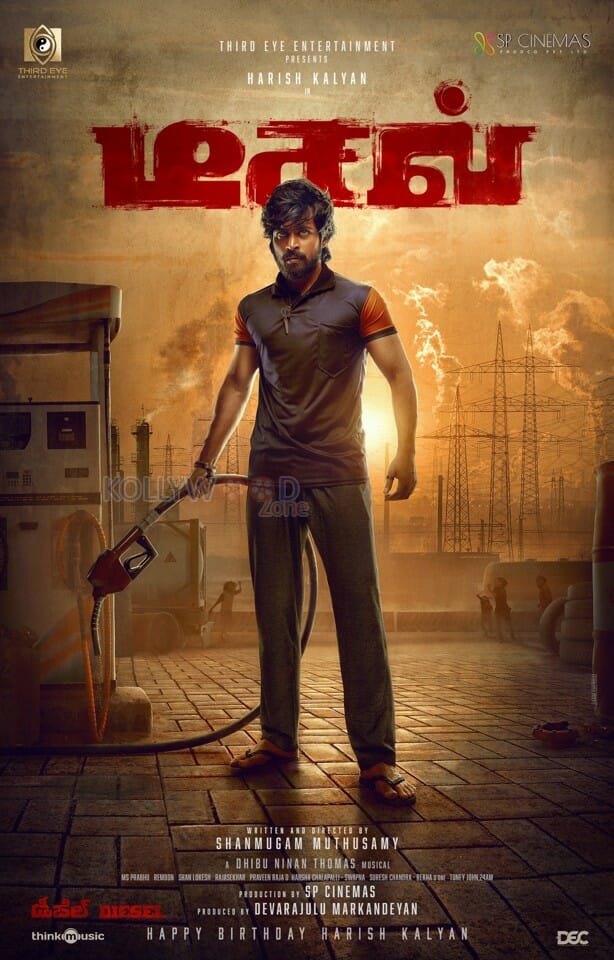 In the first look poster, the actor is seen holding a fuel pump nozzle with rage. Talking to a leading media house in the state about the project, the story teller said, “Diesel has a contemporary issue at its heart. As the name gives away it is regarding the fuel. The film will explore what and how the pricing of such an important commodity is fixed, and the politics behind it.” Speaking on the amount of work he had to put in for scripting the script, he stated, “More or less I spent around five years doing my research to add vital things to the story.” On why he chose actor Harish Kalyan, he said, “He is growing up to be Tamil cinema’s chocolate boy. That is the type of role he has been selecting. But I thought he could do both, romance, and action. In Diesel, we have removed the rose that he has been carrying around and handed him a blade.”

Apart from actors Harish Kalyan and Athulya Ravi, the casting department of the flick has actor Vinay as the antagonist, Nadodigal fame Ananya, Sai Krishna, and Karunaas in various other supporting roles. The music for the film will be composed by music director Dhibu Ninan Thomas of Kanaa fame.  Cinematographer M. S. Prabhu has been roped in to cover the drama. Editor Sanlokesh will be taking care of the editing department. The movie is funded by Devarajulu Markandeyan under the production house Third Eye Entertainment.

On the work front, actor Harish Kalyan who was last seen on screens in Oh Manapenne is getting ready for the release of his next flick titled Nooru Kodi Vaanavil filmed by storyteller Sasi in which he will be seen alongside actress Siddhi Idnani. The actor is currently busy shooting for his upcoming untitled flick under the direction of film maker Shanmugam Muthusamy. On the other hand, actress Athulya Ravi who was last seen on screens in Murungakkai Chips is currently busy shooting for Yenni Thuniga helmed by S. K. Vettri Selvan in which she will be sharing the screen space with actor Jai, and for Vattam scripted by Kamalakannan director in which she will be romancing actor Sibi Sathyaraj.

Gautham Vasudev Menon And Silambarasan’s Vendhu Thanindhathu Kaadu To Release On This Date!

Santhosh P Jayakumar’s next project to be funded...