It is a known fact that Suriya portrays the role of an NSG commando in his upcoming movie with K.V.Anand. The film, which was previously referred as ’Suriya37’ as it is the 37th film of Suriya, is titled as ‘Kaappaan’. This news was shared by the director who revealed the first-look poster of the film on the New Year Eve (midnight on Tuesday). 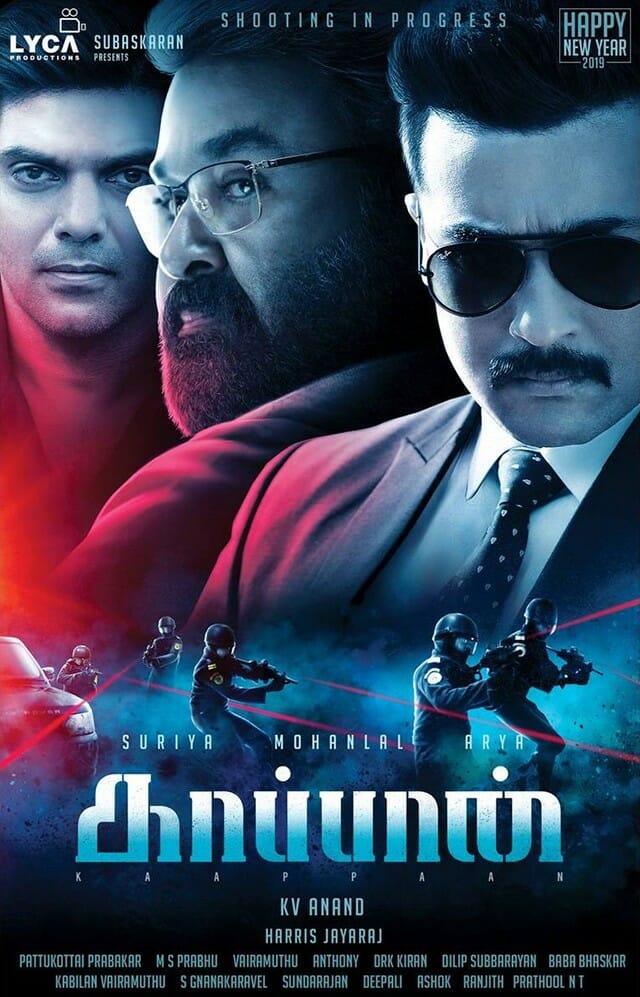 Previously, on Christmas Eve, the directed conducted a twitter poll asking folks to vote for one of three names he had picked for the film. Based on the poll results, 50% of the people picked ‘Uyirka’ over ‘Meetpaan’ and ‘Kaappaan’.

The source reveals that the 70% of the film shoot is completed and it includes an ensemble casts like Arya, Mohanlal, Samuthirakani, Sayesha Saigal, and Boman Irani. Suriya is currently working on ‘NGK’ which is directed by Selva Raghavan.

‘Kaappaan’ is said to be a thriller movie in which Suriya plays the role of a commando and famous Malayalam actor Mohanlal portrays the character of the Prime Minister of India. The movie is bankrolled by Lyca Productions and Harris Jayaraj has been roped in to compose the music. The film is expected to hit the screens by the end of 2019.