Actor Ashok Selvan who made his debut in the Tamil cinema industry through the comedy entertainer Soodhu Kavvum with his supporting role, went on to play the lead role in the horror thriller Pizza 2: Villa but the venture failed to impress the audience. It was the detective thriller Thegidi which hit the screens in the year 2014 established him as a bankable lead hero and put him in the limelight. Though the flick brought him critical acclamations and accolades his way, it failed to bring in more projects. Following Thegidi the actor starred in few minimalistic projects like Savaale Samaali, 144, and Kootathil Oruthan which left the theaters as unnoticed flicks. But currently the actor is busy with quite a number of projects in his kitty. Now we have news on the actor’s next entertainer. 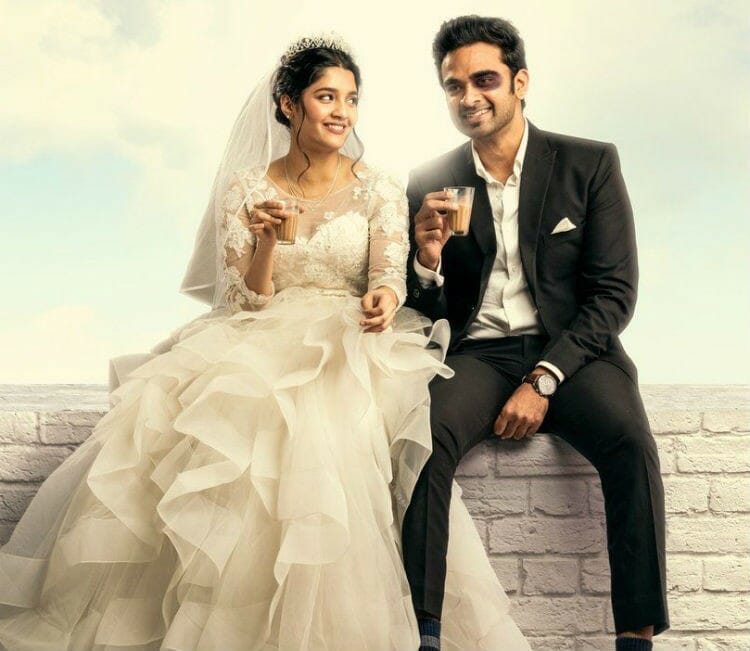 The actor’s next project which went on floors some time ago without a title has now been named as Oh My Kadavule. The production unit has unveiled the title of the project along with the first look poster of the entertainer. Actor Jayam Ravi launched the first look poster of the film on social media. Taking to his official twitter handle, actor Jayam Ravi shared the first look poster and wrote, ‘Idhu enna ba en kadha madhriye iruku!’ In the poster we get to see actress Ritika Singh in a beautiful white wedding gown holding the lapel of actor Ashok Selvan while he tries to run away from her. Actor Madhavan and rock star Anirudh Ravichander also have unveiled different first looks of the venture on their twitter account.

The first looks of the movie is indeed funny and is sure to get the attention of youths in the state. The venture is currently in the final stage of shooting and is expected to enter the post production stage very soon. The romantic comedy entertainer is scripted and directed by debutant story teller Ashwath Marimuthu. Apart from Ashok Selvan and Ritika Singh, popular TV serial actress Vani Bhojan will be seen in a pivotal role in the film. The motion picture will be bankrolled by G. Dilli Babu under the banner Axess Film Factory. The music for the flick is composed by musician Leon James. The cinematography department of the entertainer has been handed over to Vidhu Ayyanna while Boopathi will be trimming the movie.

On the professional front, the actor will be making his debut in the Malayalam film industry this year with Marakkar Arabikadalinte Simham in which he will be seen alongside Mollywood super star Mohanlal. The actor is currently busy shooting for his next romantic comedy film titled as Nenjamellam Kadhal which is directed by S. Sudhakaran in which he will be romancing actress Avantika Mishra and for his another romantic comedy titled as Senorita which is helmed by debutant Swathini in which he will be sharing the screen space with actress Wamiqa Gabbi. Apart from these projects, the actor also has Jack and Red Rum in his pipeline.