The Maharashtra based actress who made her debut in acting through the Tamil film Madrasi shot to fame through her second film Muni, which hit the screens in the year 2007 under the directorial of Raghava Lawrence. Vedhika then  went on to play the role of Angamma in Bala’s film Paradesi which was critical acclaimed by the critics as well as the audience. The actress who has acted in all the south Indian languages Tamil, Malayalam, Telugu, and Kannada is set to make her debut in Hindi in this year. 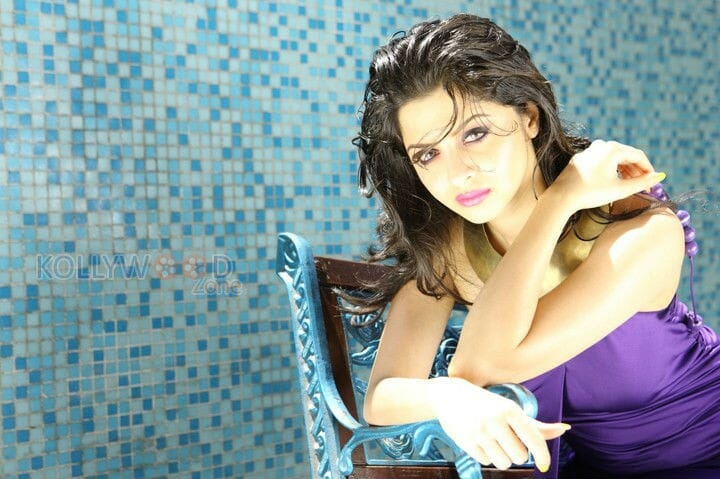 The actress who was on a break for some time again teamed up with Raghava Lawrence for Kanchana 3 that hit the screens last week. Though the film was torn apart by the critics it has managed to enjoy a good opening. The actress who has worked in the film is very much happy about it and also is very content about her overall experience working in the film. Recently speaking about the film and her experience in working with the dancer master the actress could not stop herself from showering praises on the actor.

Speaking on the evolution of Raghava Lawrence from their Muni days, the actress stated, “Lawrence master has reached towering heights in the industry than he was in when we worked in Muni and I have witnessed it right before my eyes. But his success has not brought any change to his behavior as even today he is the same calm, grounded, and a simple person to be with. He never speaks of what he has achieved. He is a very kind person and radiates a lot of positivity that one can feel when they are around him. The thing that amazes me about him is how he handles many departments on his own. Right from production to direction, choreography and whatever he does he does it in a high level. It is not at all easy,” conclude the actress.

On the work front, the actress is currently busy shooting for her next Hindi film The body, which will be directed by Drishyam fame director Jeethu Joseph in which the actress will be sharing the screen with Emraan Hashmi and Veteran actor Rishi Kapoor. Apart from this the actress has Vinodhan, and an untitled film that will be directed by Adi Sasikumar in Tamil as well as Telugu. The actress also has Trance and Ishq in Malayalam and Home Minister in Kannada.