Actor Vijay Sethupathi is very well known for his simplicity in K town but now the actor has amazed a Malayalam film industry producer Joly Joseph. It is an old news that actor Vijay Sethupathi will be making his debut in Mollywood this year through the film Marconi Mathai under the direction of Sanil Kalathil co starring with popular Malayalam actor Jayaram. Currently, the shooting for the film is happening at full speed in Kerala and the actor is busy shooting for the film. 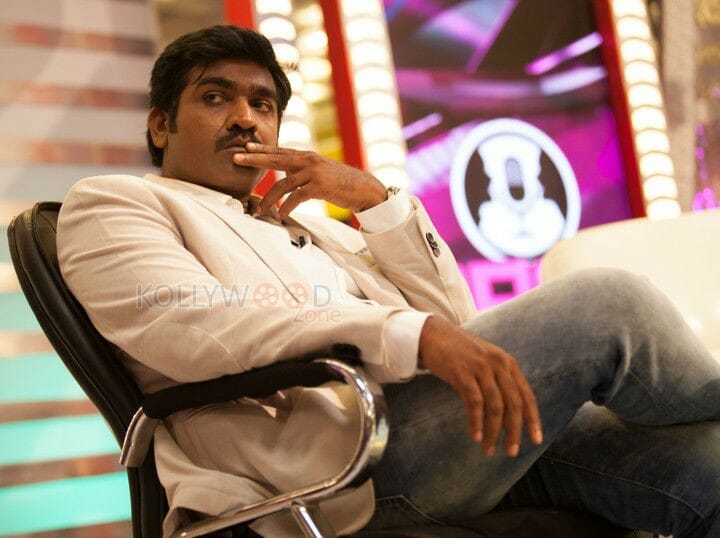 The actor who had amazed the director already with his art of performing, has now, with his simplistic nature has impressed the producer of the film as well. The producer who was impressed by the actor’s simplicity has shared a lengthy Facebook post to the people following him. The producer has shared about an incident that took place on Sunday in the shooting spot of the film where he and his buddy John Paul paid a visit to have a little chat with the film unit.

The post goes, “When I had gone to meet John Paul, we had run through many discussions about many good films that have come to theaters including the one of Vijay Sethupathi’s recent production Merku Thodarchi Malai. That is when my friend and production manager Badusha notified us about the on-going shooting of our film in Edapally. We immediately decided to pay a visit to the shooting spot. Straight away after reaching there, artists, technicians, crew members present there reached out to John Paul to greet him. I was sitting aside him, watching all of them and feeling sadden that nobody is here to greet their producer. That is when I saw Vijay Sethupathi approach me; I immediately got out of the car and was greeted with a warm hug by the hero, who then went past me towards John and began interacting with him. I was totally stunned and mesmerized by the way in which he spoke and behaved, it was like a discipline in front of his master. With what I witnessed I figured out why people of Tamil Nadu call him Makkal Selvan. When Lenin Bharathi told me that Vijay Sethupathi is an angel in the form of human I did not believe it but after what I witnessed, I would say ‘I saw an angel indeed’,” posted the producer.

The actor’s fans are sharing the post and taking pride of their favorite star. The film has actor Jayaram playing the role of an ex-army officer while Vijay Sethupathi is said to don the role of himself in the movie and will be seen in an extended guest cameo.